When she heard that NASA’s Langley Research Center in Hampton, Virginia, would name its newest building after her, Katherine Johnson responded the only way she could – with surprise.

“You want my honest answer? I think they’re crazy,” the 99-year-old Johnson, of “Hidden Figures” fame, said with a laugh.

The Katherine G. Johnson Computational Research Facility, or CRF, was dedicated Sept. 22 with a ribbon-cutting ceremony attended by family and friends of Johnson and her fellow “human computers,” students from Black Girls Code and the 21st Century Community Learning Centers program, and special guests from across Virginia.

“You have been a trailblazer,” Virginia Gov. Terry McAuliffe said during the ceremony. “When I think of Virginia and the history of what we’ve gone through … you’re at the top of that list.”

(2) SAYING YOU CARE. Monica Valentinelli delivers an important reminder for us to value the people who create things we love.

Hey, if you could do ONE THING for me this weekend, reach out to an author, artist, editor, game designer/dev, etc. and send them fan mail. (Excluding me.) There’s another uptick of harassers and trolls attacking some great people out there, and the ONLY thing that counteracts that is love. That love can come from anywhere: self, friends, family, etc. But, telling someone their work matters to you? It means an incredible amount. Right now, creatives need you. The news is terrifying. Many uncertainties politically, financially, etc. Help motivate artists. Show you care. Please, don’t wait to reach out when someone’s in crisis or needs help. What you say now is fuel for the darker times. And, you never know. Not everyone can speak up and say how they’re doing. Telling someone something good can be fuel to help them finish that next thing that you’ll love and treasure. Peace out.

Lots of screaming in the SF/F genre lately about “data” suggesting far more women are being published in genre magazines than men. The problem with that analysis, though, was it only looked at a small group of magazines. Add in all the other professional SF magazines out there and the numbers change, making the controversy choke on a big mouthful of nothing pie.

Don’t believe me? Check out this excellent examination of gender submission and publication statistics in the SF/F short fiction field, which Susan E. Connolly published in Clarkesworld in 2014. Her examination spanned multiple articles and is incredibly detailed with a strong data set. Her conclusion? “Authors who are women are less well represented in terms of submissions and publications than authors who are men.”

Then he documents a second point, that men are more likely than women to disregard a magazine’s submission guidelines.

(4) THE DIGITAL ART OF SELF-DEFENSE. Alex Acks tells you “How to win an argument on the internet (without losing your mind)” in five steps. The first is:

…This is the foundation you need to start on. This isn’t a call to be rude or insulting out of hand – unless this addresses your ultimate goal, more on that later – but you need approach from word one with the understanding that the other person is not actually interested in having a debate, discussion, or argument. They’re interested in pissing you off. Sure, be open to the possibility that they’re the rare sort of unicorn that does want to understand, but don’t set yourself up for disappointment.

And what this frees you to do is take a step back from what’s in front of you and address it as a performance rather than an honest communication.

(5) ARRESTED PROGRESS. Professor Gerry Canavan’s “No, Speed Limit: John Scalzi’s “The Collapsing Empire” in the LA Review of Books uses a gravity assist from Donald A. Wollheim’s outline of Golden Age SF to launch readers into his analysis, which includes this outline of Scalzi’s varied approaches to faster-than-light travel.

John Scalzi’s The Collapsing Empire — whose title alone seems like an appallingly on-the-nose allegory for the state of the United States at this moment — is one of the most important revisionist hyperspace narratives to come along in some time. Scalzi, a master of science fictional parody and pastiche, has played with this problem before, unsettling the easy assumptions about hyperspace that characterized Golden Age science fiction. In Old Man’s War, his riff on Heinlein, hyperspace is indeed easy but carries with it a weird psychological cost: ships don’t actually move faster than light, they simply leap out of their original universe into a parallel one (which, the scientists assure everyone, is probably completely identical, more or less). In his Redshirts, a revisionist Star Trek, ships move at the speed of Narrative rather than according to any rational principle of physics; in his somber and understated The God Engines, the violation of physical principles we call hyperspace is made possible by flogging and torturing gods that our heroes have captured and enslaved.

(6) GIVE MY REGARDS TO HOGWARTS. Today on CBS Sunday Morning, “The magic of Harry Potter returns, on stage”. Video at the link.

Mark Phillips talks with Harry Potter creator J.K. Rowling, director John Tiffany and playwright Jack Thorne about the sensation of the London stage, coming soon to Broadway: “Harry Potter and the Cursed Child,” a story of the now-grown wizard and the burden passed down to his family.

And a counterpart article here — “Harry Potter brings his magic to the stage”.

Seven books, eight movies and about a billion dollars to the good later for its creator, J.K. Rowling, that was supposed to be the end of it.

“I genuinely, I didn’t want Harry to go onstage,” Rowling said. “I felt that I was done.”

So what happened? “Harry Potter and the Cursed Child” happened … a theatrical collaboration with director John Tiffany and playwright Jack Thorne.

It’s been the theater event of the year in London. It won a record nine Olivier Awards (Britain’s version of the Tonys). And it’s about to go to Broadway. Tickets for the New York production, which opens next year, go on sale next month.

(7) MARKETING. So is this a local store’s attempt to emulate Amazon’s “People Who Bought This” feature?

They're selling this soap next to your book in Austin @UnburntWitch ??? pic.twitter.com/1nCpYmkfT2

Rick and Morty co-creator Dan Harmon has blasted his show’s sexist fans in an interview with Entertainment Weekly, calling their behavior “disgusting.”

It seems a number of the animated comedy’s biggest fans are fragile of masculinity: Incensed by the show’s recent decision to employ a gender-balanced writing team, these trolls have taken it upon themselves to harass, threaten, and dox its female writers for daring to encroach upon their white-male-nerd territory.

Harmon is livid that they think they are acting on his show’s behalf. “These knobs, that want to protect the content they think they own—and somehow combine that with their need to be proud of something they have, which is often only their race or gender.” Harmon, who is white and male himself, says he finds the fans offensive, members of “a testosterone-based subculture patting themselves on the back.”

Rick and Morty’s sexist following is no secret. Vox critic Todd VanDerWerff tweeted that these toxic fans are part of why he doesn’t write about the show more often, even though he loves it.

(11) YODA HELPS FOUND THE UN.  I ran this item in yesterday’s scroll, before someone kindly sent me a copy of the photo.

A Saudi artist says he created this montage as an homage to King Faisal and a beloved “Star Wars” character. The setting is the signing of the United Nations Charter in San Francisco in 1945. The artist’s work somehow ended up in a high school social studies textbook. (12) PAPERBACKS. Here’s something else I touched on inferentially that Atlas Obscura devoted a whole article to this week: “How Books Designed for Soldiers’ Pockets Changed Publishing Forever”.

In early June 1944, tens of thousands of American troops prepared to storm the beaches of Normandy, France. As they lined up to board the invasion barges, each was issued something less practical than a weapon, but equally precious: a slim, postcard sized, softcover book.

These were Armed Services Editions, or ASEs – paperbacks specifically designed to fit in a solder’s pockets and travel with them wherever they went. Between 1943 and 1947, the United States military sent 123 million copies of over 1,000 titles to troops serving overseas. These books improved soldiers’ lives, offering them entertainment and comfort during long deployments. By the time the war ended, they’d also transformed the publishing industry, turning the cheap, lowly paperback into an all-American symbol of democracy and practicality.

(13) UNREAL ESTATE. A home inspired by the cottage from Disney’s Snow White and the Seven Dwarfs is on sale in Washington.

The four-bedroom and five-bathroom home in Olalla, Wash., featuring a design ripped directly from the 1937 animated film is listed on Top Ten Real Estate Deals for $775,000.

Hope there aren’t any apple trees on the grounds…. (14) PETER RABBIT. Discover the rabbit behind the legend.

(15) WEEDING THE GARDEN. When you put it on TV, is it doxxing or a public service? — “‘Troll Hunter’ exposes Sweden’s anonymous Internet haters”.

The Swedish reality TV show, hosted by journalist Robert Aschberg, tracks down the country’s most vicious anonymous commenters and confronts them about their hate speech face to face. America Tonight visited the Troll Hunter at his home in the Stockholm archipelago and spoke with him about taking down the most repugnant citizens of the Web. Questions and answers have been edited for brevity and clarity. Be advised: Some foul language is used.

How did this idea come to you?

Robert Aschberg: It just struck me one day. But the strange thing is that nobody had the idea many years ago. I did some research and saw that this was an issue in the United States 10, 15 years ago, and then suddenly there was no discussion.

What are you looking for? Who are the people? What do they do?

We mainly look for people who are anonymous. What they do is everything from death threats to just harassment of all kinds — giving people hell. And many of these people who are victims, they don’t even know who it is.

Tell me about some of the trolls that you’ve unmasked.

It’s everything from people who should be locked up in psychiatric wards to people who give the illusion of being very, very normal. We’ve confronted old ladies, for example, who have been harassing other women for, I don’t know, some strange personal reason.

…If we are now living in a society where, because of social media, you can be removed from the person you target, you can see them as completely devoid of humanity and feeling, how do you reinstill civility?

I’m an optimist. It’s fairly new in human history, the social media, the Net, everything. It’s one of the biggest inventions since the wheel, with an enormous impact that we haven’t even seen. A lot is going to happen. I think that people, when you get used to it, people will start to act differently. But you have to discuss it. You have to punish some of the criminals and so forth, but people will get used to it. In the Stone Age, people [from] different tribes met, they started warring, but then sooner or later, they made peace, and that gave them prosperity.

(16) SECOND JUMANJI 2 TRAILER. For two decades it went untouched. But the game always finds a way.

(17) BRANDING. Here’s another product no user can do without…. As a commenter says, “Your high ground is out of date and needs updating. Every. Single. Day.” 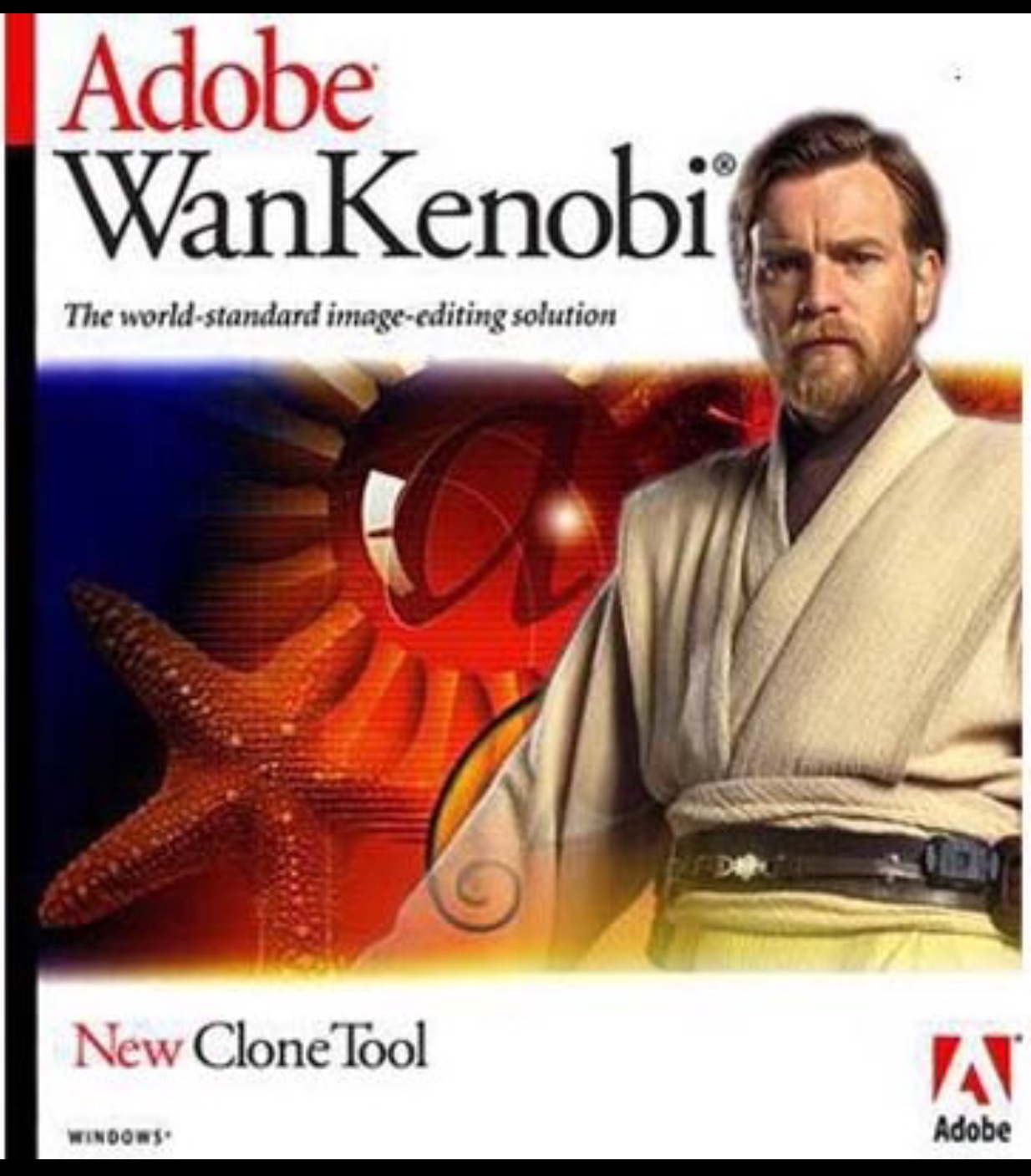 [Thanks to Alan Baumler, Andrew Porter, JJ, Cat Eldridge, Bonnie McDaniel, and John King Tarpinian for some of these stories. Title credit goes to File 770 contributing editor of the day Daniel Dern.]