(1) MAGIC STACKS. The Oxford University Press Blog gives “6 reasons why the Hogwarts library is the true hero of the Harry Potter books”.

…Alas, when our letter-bearing owl rudely pulls a no-show, accepting one’s muggle status is a hard pill to swallow. But, as today is Magic Day, we’ve decided to temporarily shelve our disappointment, and pay tribute to our favourite Hogwarts hotspot. Undoubtedly, the unsung hero of the Harry Potter series, we’re referring to a place with more answers than Albus, better looks than Lockhart, and even more mystery than Mad-Eye Moody. This is why we love the Hogwarts library…

It has screaming books.

Though, deep down, we’re rooting for Harry to succeed in his endeavours, given his complete disregard for the rules, we can’t help but feel a certain amount of satisfaction when one of his plans goes awry. As far as we’re concerned, any young scallywag who presumes to enter the restricted section of the Hogwarts library in the dead of night, without even attaining a teacher’s note of approval, deserves to happen upon a screaming book. On this particular occasion, we commend the library for thwarting this little rascal’s rebellious plans.

(2) THE PEEPS LOOK UP. Jim C. Hines has a gallery of 80+ photos taken at the recently completed Launch Pad Astronomy Workshop. 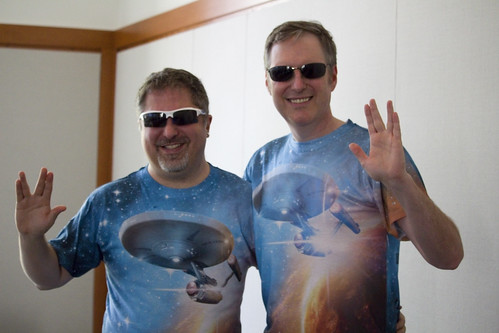 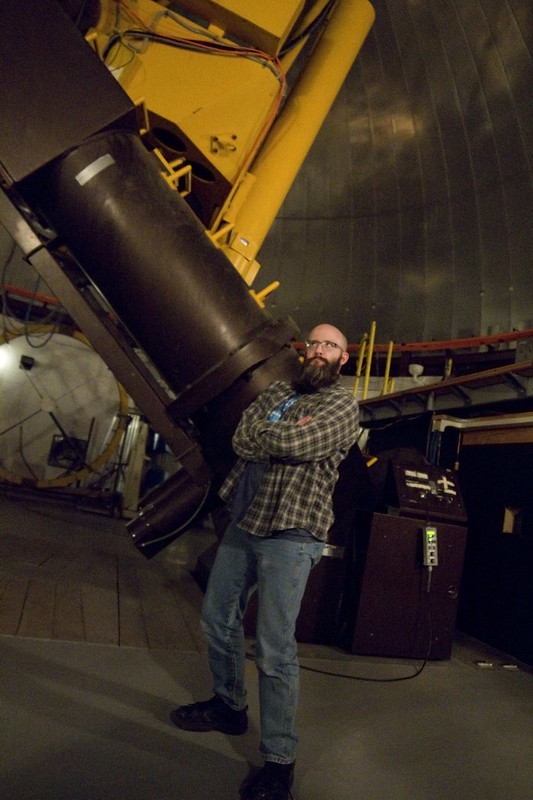 (3) PRICE POINTS. Fynbospress has another skull session for indie authors: “How much for the print book?”

How much should you charge for your print book?

The answer is: it depends. First, are you planning on getting wide sales of your print book, or is it just there to make your ebook page look more professional, and more of a bargain?

This is a serious question: indie pub is still small press pub (just one-author houses), and can get into libraries and brick and mortar shops. It just takes more work, and usually more lead time between finishing the books and publishing them. In some genres, especially nonfiction segments where a large portion of the revenue is from talks and print books sold at same, the print version is more important than the ebook price.

Clarkesworld Magazine’s work in promoting speculative short fiction makes him a perfect fit to join another Capclave guest, Ken Liu, as the con celebrates 10 years of the WSFA Small Press Award. The con will be held October 6-8, 2017 at the Gaithersburg Hilton.

Now, Charmed is the second book of the series and picks up shortly where Flunked left off. Alva (our big bad for the series and is a version of the evil fairy queen from Sleeping Beauty) has been locked up. Meanwhile Gilly Cobbler, who was once an overlooked young thief who is trying to reform herself, is now considered a hero for what she did in Flunked, but all is not well.

(7) NO PLACE LIKE HOME – BREW. Martin Morse Wooster is back. I’ve just returned from three days in Baltimore with home brewers.  I have always maintained that home brewers are the people most like fans who are not fans.  The National Homebrewers Conference has a con suite during the day, known as “Social Club” where people can sit and drink home-brew. They have a masquerade, except it’s called “club night,” and the competition is between clubs, whose members dress up in costumes (Vikings and pirates were popular this year) and serve free beer.

There were two developments this year that made the convention more like a sf con than in the past.

I also learned of the demise of one of the convention’s quirkier traditions.  They used to give a prize, known as the Golden Urinal or “Pissoir D’Or”, to the club whose members brought the most number of kegs to the convention. In 2013, the Barley Legal Club of southern New Jersey (note to people from New Jersey–they’re “near exit 4”) showed up with 200 kegs and the trophy was retired.  They brought the urinal to the convention, and I can now say I have drunk from the Golden Urinal on three occasions.  And yes, it is a urinal painted gold.

Next year’s Homebrewcon will be from June 15-17 in Minneapolis. Now, WYNONNA and her band The Big Noise, led by her husband/drummer/prodcer, Cactus Moser, have released their debut full-length album to critical acclaim. Rolling Stone’s Stephen L. Betts raved, “Wynonna & The Big Noise brings a raw, unvarnished approach to the album’s dozen tracks, which run the gamut from gutsy blues to sweet, Seventies-inspired country-pop…. Wynonna’s legions of country fans will feel right at home.” Get ready, Agoura Hills, cause WYNONNA & The Big Noise are taking it on the road – and make their debut appearance on The Canyon stage.

Last night, the American Film Institute held a red carpet event honoring legendary film composer John Williams (Jaws, Harry Potter, Superman) with a lifetime achievement award. The 84-year-old Williams, whose work on all four Indiana Jones films as well as all seven Star Wars Saga films are career-defining, took the opportunity to assure the world he would be back for Lucasfilm‘s next installments of both franchises.

“If I can do it, I certainly will,” Williams confirmed to Variety of his commitment to do the music for Rian Johnson’s Star Wars: Episode VIII, currently in the home stretch of filming. “I told Kathy Kennedy I’m happy to do it, but the real reason is, I didn’t want anybody else writing music for Daisy Ridley.”

Meantime, during an interview with Empire Magazine about his new movie The BFG, Spielberg confirmed a MacGuffin has been selected for Indy 5:

“(Steven Spielberg) shows us videos of the BFG’s recording session on his iPhone, looks forward to INDIANA JONES V: “We have a McGuffin, that’s all I can say”.

It is extremely exciting news that Indy 5 has possibly found its central MacGuffin. While Spielberg did not give details, the MacGuffin will likely be revealed as a title is decided upon. The previous Indiana Jones films either had the MacGuffin within the title or had a hint to the identity of the fabled object.

The MacGuffins are often supernatural in nature and possess incredible power. They also often reflect personally on Indy in regards to some facet of their nature. There have been three MacGuffins thus far, two of them being based on Judeo-Christian mythology. Crystal skull was the only one not to be directly religious. The nature of the MacGuffin may be hinted at once we learn more about the plot.

When Rod Serling’s The Twilight Zone debuted in October 1959, it was a fresh breeze across “the vast wasteland” of television.  Superior writing, brilliant cinematography, fine scoring, and, of course, consistently good acting earned its creator a deserved Emmy last year.

The show’s sophomore season had a high expectation to meet, and it didn’t quite.  That said, it was still head and shoulders above its competitors (Roald Dahl’s Way Out, Boris Karloff’s Thriller, etc.) The last two episodes of this year’s batch were par for the course: decent, but not outstanding…

In this Twilight Zone episode, one of the men was talking about how good his cigarettes tasted, and I thought for a moment he was going to break into an advertisement.  Of course that didn’t come until the end — when Rod Serling recommended Oasis cigarettes “for the freshest of tastes”….

(12) INFLUENCE AND COLLABORATION. Spark My Muse with Lisa DeLay – “Eps 65: The Myth of the ‘Lone Genius’ – CS Lewis expert Dr. Diana Glyer”. Here are some of the show notes from the half-hour podcast:

Diana’s first introduction into the world of Tolkien.

Wondering what the conversations of Lewis and Tolkien were like and how they influenced each other.

Our conversations become the spark for creative breakthrough.

(That’s a cool quote from Diana and you can Tweet it just by clicking it. It’s like Elfin magic!)

No one had researched and written about their relationship of collaboration and influence from the inside–like a fly on the wall.

How we think about literary influence and collaboration. Process influence versus product influence.

Looking at dairies and primary documents and drafts and the detective work of Diana’s book “The Company They Keep”.

“There is more treasure in books than in all the pirates’ loot on Treasure Island and, best of all, you can enjoy these riches every day of your life.” — Walt Disney

(14) A GREAT BOOKSTORE IS CLOSING. Marc Scott Zicree, “Mr. Sci-Fi,” prowls the aisles at Mystery & Imagination Bookshop as he explains tells you why books — and bookstores — are important.

(15) WHEN ANOTHER BOOKSTORE CLOSED. Ray Bradbury’s last visit to Acres of Books.

[Thanks to Martin Morse Wooster, Michael J. Walsh, and John King Tarpinian for some of these stories. Title credit goes to File 770 contributing editor of the day LunarG.]