Things got a little exciting at the Calgary Zoo for a moment when somebody left a knife in the gorilla enclosure:

[Officials] say the knife-wielding primate photographed by visitors to the Calgary Zoo had no violent intent. The photos show a gorilla, named Barika, clutching the blade and pointing it at another gorilla in her cage.

The knife was accidently left behind by a keeper who entered the enclosure to prepare food, Cathy Gaviller, the zoo’s director of conservation, education and research said Wednesday. Within minutes of picking up the blade, Barika placed it on a chair and all of the gorillas were called out of the enclosure, Gaviller said.

While gorillas will use crude tools in captivity, they have no concept of using weapons and would never have thought to be violent with the knife, Gaviller said. 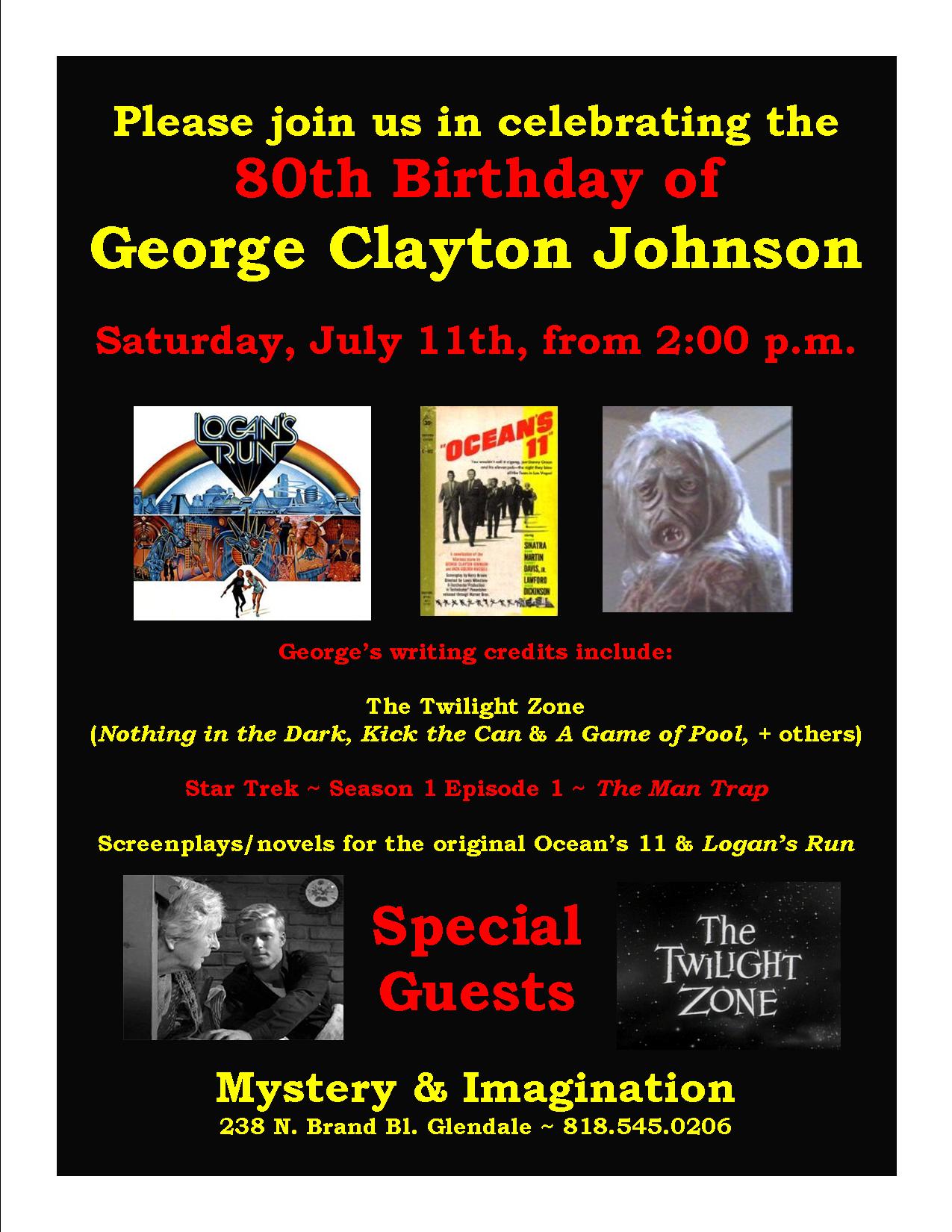 Catherynne M. Valente has posted to her website The Girl Who Circumnavigated Fairyland in a Ship of Her Own Making, the realized version of a book first mentioned as a 1920 children’s novel in her adult novel Palimpsest. Donations are accepted (push the green button), otherwise payment is not required.

One of the most impressive additions is “The Residence of the Wind” (Argentus #8), the second half of John’s Nippon 2007 report covering his adventures in Japan after the Worldcon. It’s the companion piece to “The Worldcon I Saw”, published in File 770 #152.

Huge sales of the Chinese children’s novel The Adventurous Prince by Zhou Yiwen are anticipated when it’s released at the end of June because school children gave the 100,000 copies distributed in test marketing an enthusiastic reception. And why not? They love the Harry Potter series, and Chinese meda claim Zhou has plagiarized from J.K. Rowling’s Harry Potter and the Goblet of Fire:

“We are confident our book and its content are totally original. It has been thoroughly checked by our editors,” [the Chinese publisher’s spokesperson] said.

Chinese media alleged Tuesday that Zhou lifted 18 specific details from the Harry Potter series and that Rowling is preparing to file lawsuits. If found guilty, Zhou and his publishers could face a fine of around US$138 million, the reports claimed.

It’s ironic that at the same time the Chinese plagiarism story was making news it was revealed that Rowling has been accused of copying “substantial parts” of Harry Potter and the Goblet of Fire from deceased fellow British writer Adrian Jacobs.

Whoever it was, somewhere along the line somebody wrote a heckuva story.

Awhile ago when The Guardian was serializing its choices for the 1000 novels everyone must read and had just announced its sf/f picks I spent some time trying to psyche out why Stranger in a Strange Land was on their list.

As a teen in the Sixties I thought it was quite titillating and socially adventurous, and related to its reception by members of a generation that thought it endorsed their rebellion, while managing to resist its siren calls to join group marriages, You-are-God religions or even the Libertarian Party.

Then in 2008 I read the uncut edition of Stranger. So when The Guardian issued its list, I had fresh memories of feeling it was a novel that time had definitely passed by.

I thought Starship Troopers would have been a better pick for The Guardian’s list because it’s still a lightning rod of controversy. Why wasn’t it one of the choices when they assembled the list? Unfortunately, the explanation of what they were trying to accomplish with the list, Choosing 1000 Novels Before You Die clarified nothing:

Rather than dividing up our series alphabetically or by decade, we invented our own seven genre categories, each of which highlights a different aspect of the novel….

A bold and vivid imagination marked out the titles in Science Fiction and Fantasy, including classics such as Do Androids Dream of Electric Sheep, The Lord of the Rings and Frankenstein.

Stranger belongs on any list of novels chosen for their historic impact on the science fiction genre, or novels with wide influence over American popular culture. The Guardian, however, wasn’t lecturing about genre or cultural history, it was singling out works of “bold and vivid imagination.” Successful choices depended not only on the writer’s imagination, the writer’s ideas also must have retained their power to impress a current audience with their boldness. Stranger’s problem on that score is that its sexual and religious messages played out in the boomer generation, were assimilated or not, and the world reforged some into quite different issues, or made them irrelevant (one minor example, think in 2009 how different the attitude toward tattoos is than in 1959.)

Laura Molesworth, the widow of Voltaire “Vol” Molesworth, who wrote “A History of Australian Science Fiction Fandom, 1935-1963,” passed away on June 6. Chris Nelson posted to the Trufen list:

They married in 1946 and Laura became active in the Futurian Society of Sydney, serving as the club Librarian (her profession) for a period despite not being recognized as a full member of the Society. She assisted in the organisation of several of the earliest natcons in Sydney and was a member of “the femme fan group” that produced “Vertical Horizons”, a short-lived fanzine in the early 1950s. By the time Vol died in 1964 neither of them was very active in fandom, though when Heinlein visited Oz for a second time in the late 1960s (the first having been in 1954), he met no local figures except Laura. She wrote the preface to Vol’s history when Ron Clarke reprinted it in The Mentor in 1980.

[Via Andrew Porter and Chris Nelson]

If William Thompson defeats Michael Bloomberg in the race to serve as New York’s next mayor, that won’t be V-for-Victory he’s signing, it will be the Vulcan salute:

In an e-mail message, Mr. Nimoy said that he contributed to Mr. Thompson’s campaign because Mr. Thompson was “a credible candidate.”

Then, drawing on reasoning – and language – commonly applied by Spock, he said: “Since he is in danger of being outspent, I find it logical that my contribution should elevate his financial resources to equal those of this opponent.”

That would be the city’s billionaire mayor, Michael R. Bloomberg, 67, who is said to be prepared to spend $100 million of his personal fortune in his campaign and with whom Mr. Nimoy has more in common than he might imagine.

[Thanks to Gary Farber and Steven Silver for the story.]

The CBA Newsletter reports that at the Canadian Booksellers Association Summer Conference on June 21 Robert Charles Wilson, Hugo Award winning author of Spin, “will enthuse booksellers as he talks about his new sci-fi book Julian Comstock: A Story of 22nd Century America.”

[Thanks to John Mansfield for the link.]