A first edition of Dracula autographed by author Bram Stoker to Frank Munsey is for sale on EBay.

The seller believes Stoker presented the book to Munsey in the (unfulfilled) hope that Munsey would serialize Dracula in one of his pulps.

The winners of the 2011 Science Fiction and Fantasy Translation Awards were announced at the 2011 Eurocon in Stockholm:

A special award also was presented to British author and translator Brian Stableford in recognition of the excellence of his translation work.

Each winning author and translator will receive a cash prize of US$350.

This was the inaugural year of the awards, given by the Association for the Recognition of Excellence in Science Fiction & Fantasy Translation (ARESFFT). The winners for 2011 were selected by a jury composed of Terry Harpold, University of Florida, USA (Chair); Abhijit Gupta, Jadavpur University, India; and Dale Knickerbocker, East Carolina University, USA.

END_OF_DOCUMENT_TOKEN_TO_BE_REPLACED 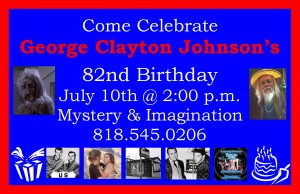 Until the end of Westercon 64, you can download a copy of “The Ethical Equations” here. Thanks to the estate of Murray Leinster and the Virginia Kidd Agency for the permission to offer this copy for a limited time to fans interested in joining the discussion John Hertz will lead at Westercon 64.

“The Ethical Equations,” copyright © 1945, 1973 by the Estate of Murray Leinster; first appeared in Astounding (now known as Analog); used by permission of the author’s Estate and the Estate’s agents, the Virginia Kidd Agency, Inc.  Image from the NESFA Press collection First Contacts (Joe Rico ed.), used by permission.

For example, she makes a provocative argument in favor of setting a low price:

That purchasing urge gets stronger the lower the price goes. Get down into the $0.99 range, and you are in Happy Impulse Purchase Land. People won’t think twice about buying; if the book looks remotely interesting, they’re likely to just toss it in the shopping cart.

Here’s something I didn’t know a month ago: The kindle market is not primarily populated by early adopters and techno-geeks. The Cheap Book Crowd — the customers who never even made it onto most publishers’ radar because they go to libraries and shop in used book stores — has fallen in love with kindle. Buyers have been known to spend up to $200 per month on $0.99 books.

…the ad features a world-weary yet cute robot who comes home from work eager to try his chicken sandwich. But because he’s a robot, he has no mouth and he can’t eat it. The tagline aims to highlight the handmade nature of the sandwich: “Machines can’t eat it, so machines shouldn’t make it.”

The short version of the commercial is here [YouTube].

A longer version shows the robot losing his cool and blasting his apartment with his laser.

John Hertz invites fans attending Westercon in San Jose and Renovation in Reno to join in the discussion of selected classics of science fiction.

As John defines it, “A classic is a work that survives its own time. After the currents which might have sustained it have changed, it remains, and is seen to be worthwhile for itself.”

Now’s the time to pull out the copies in your collection or check whether they’re available online, read them and come prepared.

The three works being discussed at Westercon 64 are:

Poul Anderson, Brain Wave (1954): Humankind didn’t invent it; we escaped it. The Solar System suddenly moves out of a cosmic cloud after hundreds of millions of years. It was a suppressor field, so everything that has a brain is about five times smarter – people and animals. Now what?

Philip K. Dick, The Man in the High Castle (1962): This won Dick’s only Hugo. The Allies lost World War II; Nazi Germany controls the east coast of North America, Imperial Japan the west, where most of the story is set. Avram Davidson, who was no dope, said “It’s all here, extrapolation, suspense, action, art philosophy.”

Murray Leinster, “The Ethical Equations” (1945): Here are hostile aliens we can’t take advantage of, astounding technology ditto, bureaucrats who get their noses pulled, neatly and deftly shown. Leinster coined “first contact” for the first meeting of humans and aliens; the Sidewise Award for alternative history is named after a Leinster novella. He was one of s-f’s best craftsmen.

They’ll be discussing three of John’s choices at the Worldcon:

Thursday: The Wonderful Flight to the Mushroom Planet by Eleanor Cameron. The New York Times said “scientific facts are emphasized in this well-built story,” Mushroom Planet was applauded by Ellen Datlow and Walter Moseley and found on dozens of children’s-book lists, it has strangeness and charm. Discussion led by John Hertz.

Saturday: From the Earth to the Moon by Jules Verne. We did go to the moon, a century later; we did leave from Cape Canaveral, with a crew of three; the Apollo XI command module was the Columbia, and the command-service module was the size and shape of Verne’s projectile. But never mind; science fiction is not in the prediction business. What a storyteller Verne was! Discussion led by John Hertz.

Sunday: The Wanderer by Fritz Leiber. Here are a host of viewpoints, a first contact with aliens story as we learn a third of the way in, a look at some favorite notions like “Rovers are free and good” and “Love conquers all” and a breathtaking exercise in climax and perspective. Leiber’s second Hugo-winning novel. Discussion led by John Hertz.

[Thanks to John Hertz for the story. Item descriptions, written by John Hertz, have been copied from the convention websites. Thanks to Reno for the added links to Wikipedia entries and participant information.]

Art @ Renovation is a series of thematic events and opportunities to interact with top sf artists at this year’s Worldcon in Reno. Among the highlights are:

END_OF_DOCUMENT_TOKEN_TO_BE_REPLACED

Westercon 64, coming this Fourth of July weekend to San Jose, has announced more special events to draw the fans.

There will be a performance of a radio-style play written by artist guests of honor Phil and Kaja Foglio, a themed Saturday afternoon tea with writer guest of honor Patricia McKillip, and a focus event on the guests moderated by Terry Bisson from the SF in SF reading series.