Spokane will be the site of the 2015 Worldcon, reports Kevin Standlee. Helsinki led the first two runoff rounds, but when Orlando was eliminated enough of its voters shifted to Spokane to give it a final margin of 645 votes to Helsinki’s 610.

The results will be made official at the Sunday Business Meeting, at which time Spokane will reveal its guests and other details.

Nearly all of the proposals to change the Hugos having been shot down yesterday at LoneStarCon 3’s Preliminary Business Meeting, only one was considered at Saturday’s Main Business Meeting.

The motion to transform the Best Fan Artist Hugo into something that could also be won by “musical, dance, jewelry and costuming artists” was rejected. Voters deleted the key phrase “any visual or performance medium” then passed the remaining changes that made explicitly eligible artists whose work has appeared in a “non-professional display (including at a convention or conventions).”

The intent seems to be adding to the black-letter rules something voters were already doing, considering the creators of work displayed in convention art shows. What “non-professional” means in this context is not clearly stated. Is that “Not For Sale” art, or is art offered for purchase okay too? Is the focus then on the artist — anything displayed in an art show is okay so long as the creator doesn’t work for a living as an artist? I expect that Hugo voters will be left to make up their own minds about this, as they are in so many other areas.

Two controversial motions governing World Science Fiction Society voting rights and the minimum cost of supporting memberships,  4.1.2, No Representation Without Taxation and 4.1.3, Keep Us Together, which had prompted Seanan McGuire and others to call for opponents to turn out at the Business Meeting, ended up being referred to a committee which will make recommendations at Loncon 3 in 2014.

Rachael Acks liveblogged the meeting and attempted to capture some of the arguments made on both sides, here.

The outcome of all the items on Saturday’s agenda is reported by Kevin Standlee here.

Meantime, Jo Rhett has criticized meeting chair Donald Eastlake’s handling of the YA Hugo proposal at the Preliminary Business Meeting in a post titled The preservation of White Male Privilege at WSFS. However, after seeing his post the alleged victim wrote on Twitter “I’m the lady in question from your entry, and my version of what happened differs significantly. Come find me, let’s talk.” And said in another tweet, “I’m just touchy because people are trying to use me as a symbol of #wsfs badness and I object to that.”

Also, Chris M. Barkley, who was sharply critical of the YA Hugo’s opponents generally, singled out Donald Eastlake for thanks in in an e-mail sent to a large number of people (and File 770) —

To all those you have harassed, cajoled and went out of your way to humiliate Amy McNally and squash her new YA book proposal,

“Opinions are at best provisional hypotheses, incompletely tested. The more they are tested, after the tests are scrutinized, the more assurance we may assume, but they are never absolutes. So we must be tolerant of opposite opinions or varying opinions by the very fact of our incredulity of our own.”

We all have opinions on the viability of a YA or Youth Book Hugo Award but we will never settle such an argument convincingly without actually testing it.

It is my belief that such a test, of two of three years, would not harm the integrity of the Hugo Awards, would be welcomed by the readers who nominate and vote on the Hugos and the YA community at large.

Change, through either growth or attrition, is the natural order of things. The pursuit of change is the primary drive of the fiction we all love. Indifference or denial of change can only lead to the death of fandom as we know it.

I encourage journeyman activists who want to foster continued change in Hugo Award categories and the WSFS constitution to press on with their efforts.

I also want to personally thank Donald Eastlake and Kevin Standlee for going out of their way to form a committee on this issue. I hope that this can be resolved in a more civil and courteous manner from this point forward.

In the meantime, I call on the Loncon committee and the winners of the 2015 Worldcon bid to strongly consider using their constitutional Special Award clauses for a YA Book award.

This winners of this year’s Sidewise Awards for Alternate History were announced at LoneStarCon 3 on August 31.

The winners of the 2013 Chesley Awards given by the Association of Science Fiction and Fantasy Artists were announced at LoneStarCon 3 on August 30. 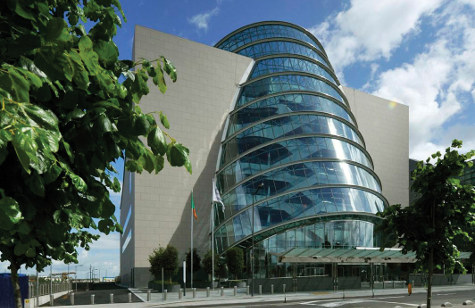 With little more than 24 hours remaining to vote for the site of the 2015 Worldcon Brandon Sanderson’s endorsement of Spokane may not have a great impact on the race but I’m sure the bidders are happy to have it just the same.

Sanderson wrote in his blog on August 29 —

I had the pleasure of being Guest of Honor a few weeks back at SpoCon, a sf/fantasy convention in Spokane, Washington…

Since I was just hosted by these people, I think I’m in a unique position to give them—and their Worldcon bid—a shout-out. The guest liaison team was top-notch, and the entire convention was extremely well organized. I was surprised by how pretty Spokane was this time of year to boot.

If anyone is debating where to put their vote for Worldcon, let me nudge you toward Spokane

The LoneStarCon 3 daily newzine is available here. At this writing, five issues have been posted.

Voters at LoneStarCon 3’s Preliminary Business Meeting on Friday morning struck down motions to eliminate the Fan Hugos, to create a YA category Hugo, and to add a third Best Dramatic Presentation Hugo.

Thanks to Kevin Standlee, Rachael Acks and others for livetweeting the proceedings.

Members voted “object to consideration” to this year’s motion to create a YA Hugo called Best Youth Book. Actually, the maker of the motion asked to withdraw it, but was prevented by another member’s objection, so it had to be put to a vote. YA Hugo proponents kept hope alive, in spite of the defeat, by getting the Business Meeting to form a YA Hugo study committee.

Members also voted to “object to consideration” of Milt Steven’s proposal to repeal the Fan Hugos and Eemeli Aro’s idea for expanding Best Dramatic Presentation to include a third Hugo for short length works of less than 15 minutes. Also failing were two motions to extend eligibility of certain items for the 2014 Retro Hugos (which will be given at Loncon 3 for works published in 1938).

However, members agreed they will take up the Joshua Kronengold/Lisa Padol motion expanding eligibility for the Best Fan Artist Hugo at Saturday’s Main Business Meeting. Under their revised definition “An artist or cartoonist working in any visual or performance medium whose work has appeared through publication in semiprozines or fanzines or through other public, non-professional, display (including at a convention or conventions) during the previous calendar year” will be eligible in the category. 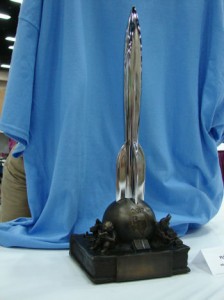 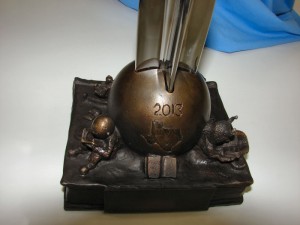