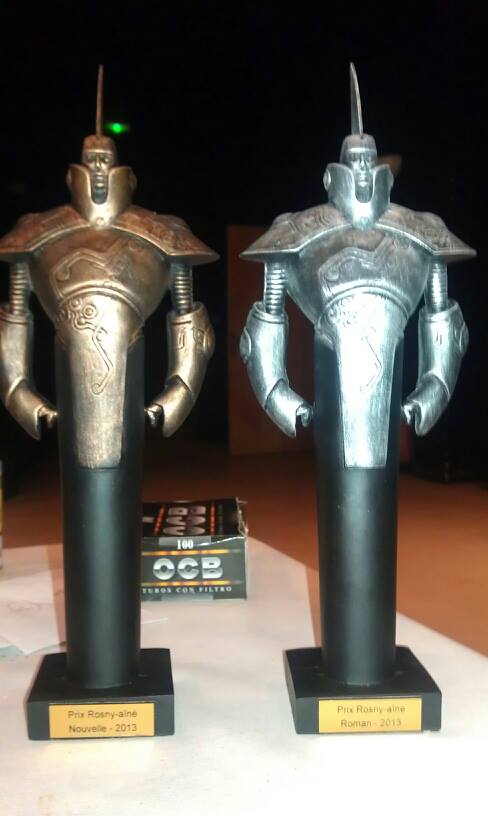 The winners of the 2015 Prix Rosny Aîné for French science fiction were announced at VALCON, the 42nd French National Science Fiction Convention held in Les Valayans, August 20-23. The award is given in two categories, novels and short stories.

Also, the Prix Cyrano was given at VALCON to one of the convention’s guests of honor, French artist Philippe Caza (pseudonym of Philippe Cazaumayou).