The nominees for the 2015 Russ Manning Promising Newcomer Award have been announced by Comic-Con International. 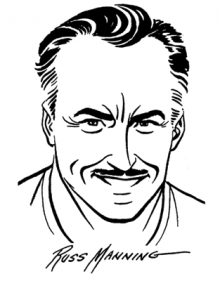 The winner will be chosen by past Manning award winners and Russ Manning assistants and made public at the Eisner Awards ceremony on July 10 at Comic-Con International.