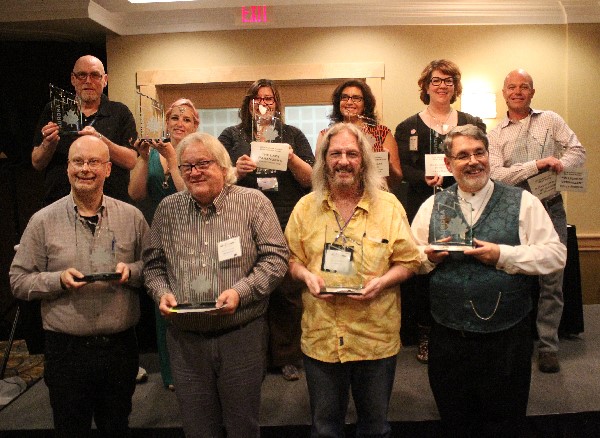 The winners of this year’s Aurora Awards were announced at When Words Collide in Calgary, Alberta. There were over 200 people at the ceremony held on Saturday, August 13.

The Aurora Awards are given to Canadian literary and fan works that members of the Canadian Science Fiction and Fantasy Association (CSFFA) feel are exceptional.

A Daughter of No Nation by A.M. Dellamonica, Tor Books

An Inheritance of Ashes by Leah Bobet, Scholastic Canada/Clarion Books

This year the Canadian Science Fiction and Fantasy Association (CSFFA) inaugurated a new category: Best Visual Presentation. It is for Television, Film and Stage by Canadians.

And, after 25 years, CSFFA has adopted a new Aurora trophy design.  The etched art was created by Bernard Reischl and Clifford Samuels.  The trophy has a stone base with a curved jade green glass upper. 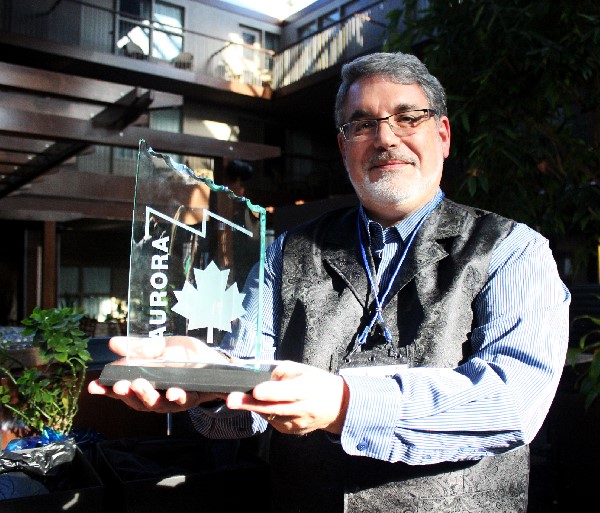