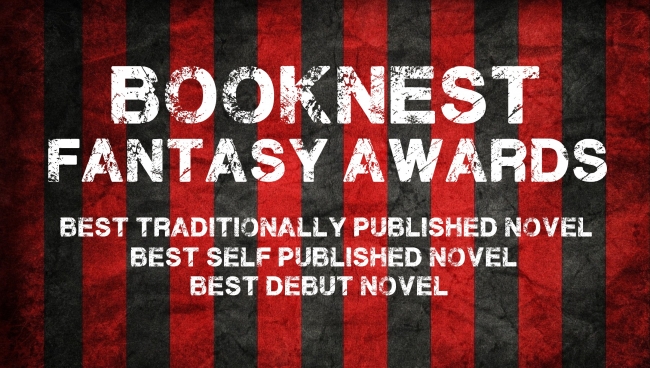 The finalists for the BookNest Fantasy Awards, hosted by the BookNest.eu blog, were announced October 14. Open public voting for the winners continues until October 31 — to vote, click here.

AWARDS PROCESS. The BookNest Fantasy Awards process is ruled by an interesting combination of methods — part jury, part popular vote, with a final sanity check on the winners.

An initial longlist was created with participation from three fantasy publishers (Gollancz, Harper Voyager & Tor.com) and six blogs (Fantasy Faction, Fantasy Book Review, Fantasy Book Critic, Parmenion, Grim Tidings & Kitty G), then augmented with public recommendations. A public vote on the longlist winnowed it down to a shortlist of 10 finalists in each category. Now the public has until October 31 to vote for the winners. However, the top vote-getters will be subjected to a sanity check:

(Imagine how the Dragon Awards ballot would change if that rule was in place.)

The 2017 BookNest Fantasy Awards finalists are: