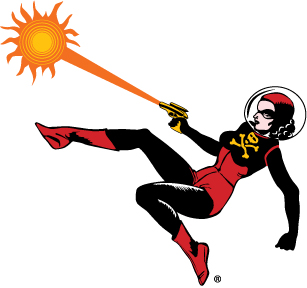 The James Tiptree, Jr. Literary Award Council has selected the winner of the 2017 Tiptree Award — Virginia Bergin for her novel Who Runs the World?  (Macmillan, UK, 2017). (Bergin’s novel is scheduled to be published in the US in September 2018 under the title The XY by Sourcebooks).

The James Tiptree Jr. Award is presented annually to works of science fiction or fantasy that explore and expand the understanding of gender and gender roles. 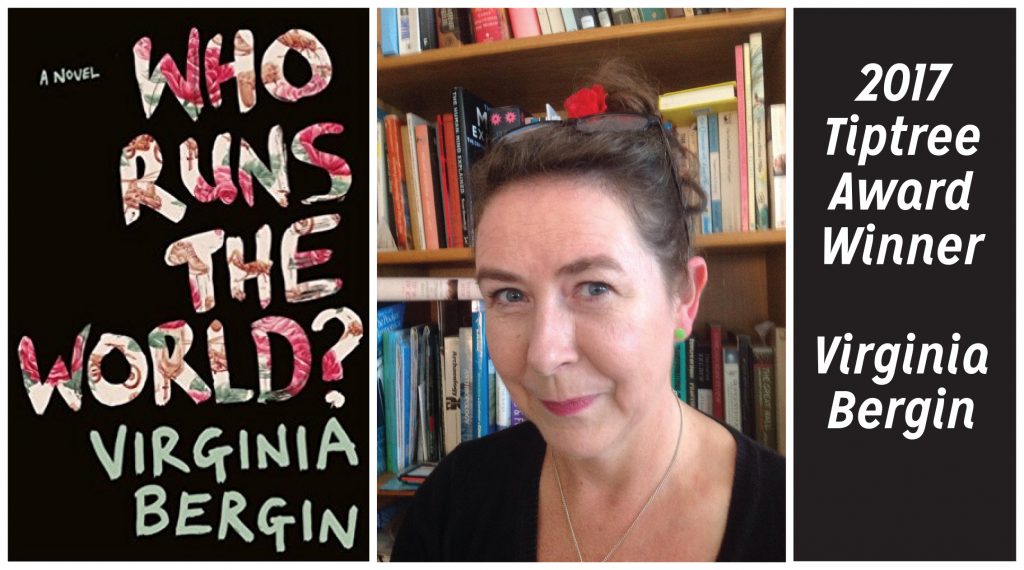 Who Runs the World? is a young adult novel that tells an intricately layered tale of intergenerational struggle and cooperation, the dehumanizing force of gender stereotypes, and the moral courage it takes to challenge cultural and political norms. Bergin invokes a premise familiar in feminist science fiction—a plague that kills nearly everyone with a Y chromosome. Without relying on biological determinism, Bergin uses this premise to develop a vividly imagined feminist society, and to grapple with that society’s changes and flaws over time.

Born three generations after the plague, into a social order rebuilt around consensus, 14-year-old River views her world as idyllic––until she discovers Mason, a teenage boy who has escaped from one of the “Sanctuaries” where “XYs” are held. As River, along with her mother and grandmother, learns about the violence of Mason’s life, she sees her community’s norms upended and hidden biases exposed. But the story does not end with the exposure of the seeming utopia’s hidden subjugations. For River has been shaped by a society that built itself with purpose and care around principles of justice. Growing up amid those principles has given River the tools to challenge her own culture’s fundamental contradictions. In an ultimately optimistic vision, Bergin dares to depict a future in which principles of transformative justice can have, if not victory over, at least even footing with the incentives of profit and exploitation. 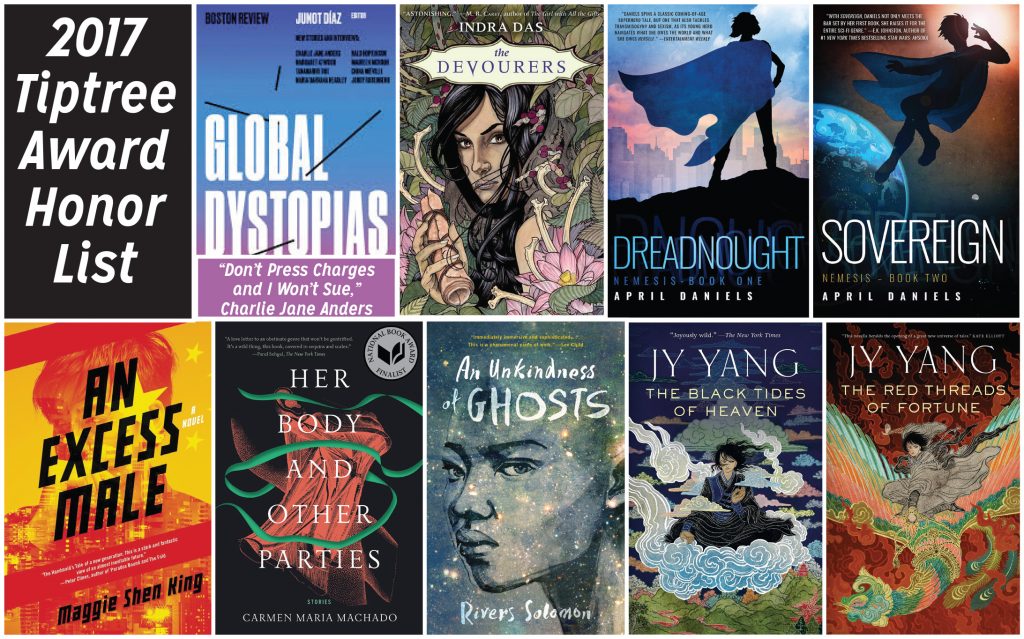 The Honor List is a strong part of the award’s identity and is used by many readers as a recommended reading list.

These notes on each work are excerpted and edited from comments by members of this year’s jury.

Additional Recommended Works: In addition to the honor list, this year’s jury also compiled a long list of twenty-six other works they found worthy of attention. 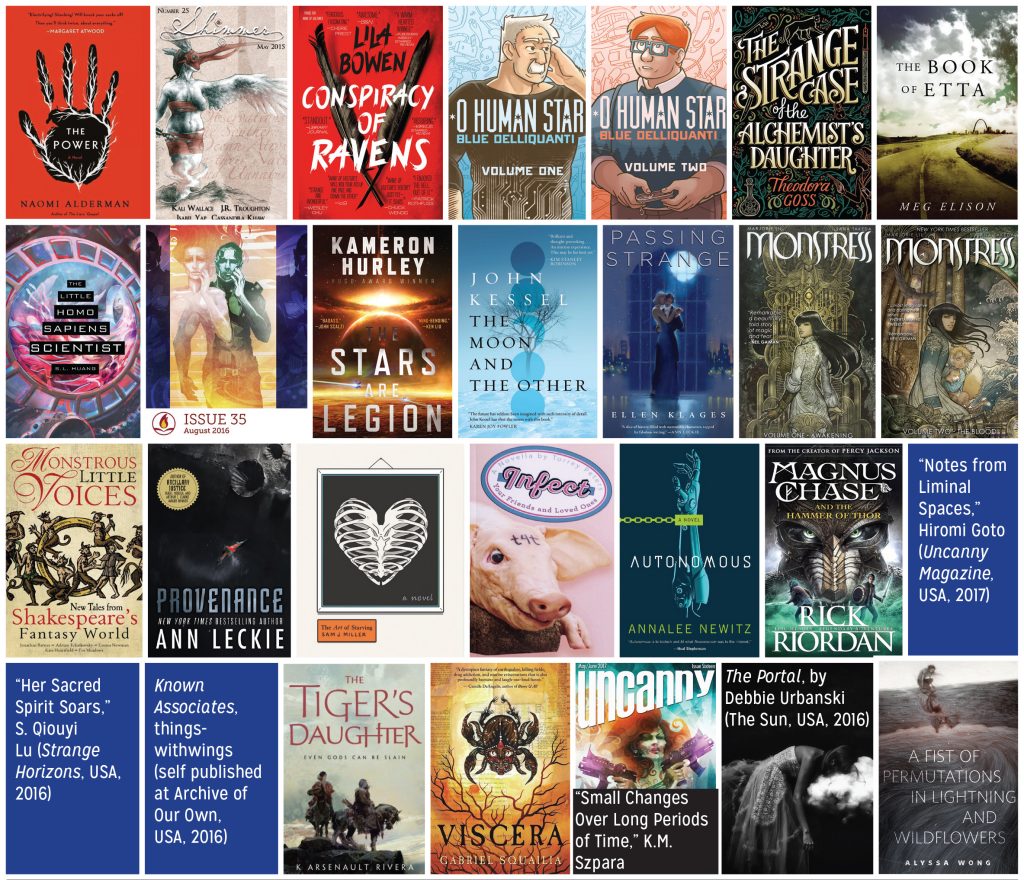 The Tiptree Award winner, along with authors and works on the Honor List will be celebrated during Memorial Day weekend at WisCon in Madison, Wisconsin. The winner will receive $1000 in prize money, a specially commissioned piece of original artwork, and (as always) chocolate.

Help Needed for 2018 Award: Reading for 2018 will soon begin. The panel will be chaired by Margaret McBride.

The Tiptree Award invites everyone to recommend works for the award via the recommendation page of Tiptree Award website. On the website, you can also donate to help fund the award and read more about past winners and works it has honored.

Tiptree Award History: The James Tiptree Jr. Award was created in 1991 to honor Alice Sheldon, who wrote under the pseudonym James Tiptree, Jr. By her choice of a masculine pen name, Sheldon helped break down the imaginary barrier between “women’s writing” and “men’s writing.” Her insightful short stories were notable for their thoughtful examination of the roles of men and women in our society.

Since its inception, the Tiptree Award has been an award with an attitude. As a political statement, as a means of involving people at the grassroots level, as an excuse to eat cookies, and as an attempt to strike the proper ironic note, the award has been financed through bake sales held at science fiction conventions across the United States, as well as in England and Australia. Fundraising efforts have included auctions conducted by Ellen Klages and Sumana Harihareswara, the sale of t-shirts and aprons created by collage artist and silk screener Freddie Baer, and the publication of four anthologies of award winners and honor-listed stories. The anthologies are in print and, along with two cookbooks featuring recipes and anecdotes by science fiction writers and fans, The Tiptree Quilt Story, and other Tiptree-related publications, can be purchased through tiptree.org/store.

In addition to presenting the Tiptree Award annually, the James Tiptree, Jr. Literary Award Council presents two annual $500 fellowships to provide support and recognition for the new voices who are making visible the forces that are changing our view of gender today. The Council also occasionally presents the Fairy Godmother Award, a special award in honor of Angela Carter. Described as a “mini, mini, mini, mini MacArthur award,” the Fairy Godmother Award strikes without warning, providing a financial boost to a deserving writer in need of assistance to continue creating material that matches the goals of the Tiptree Award.