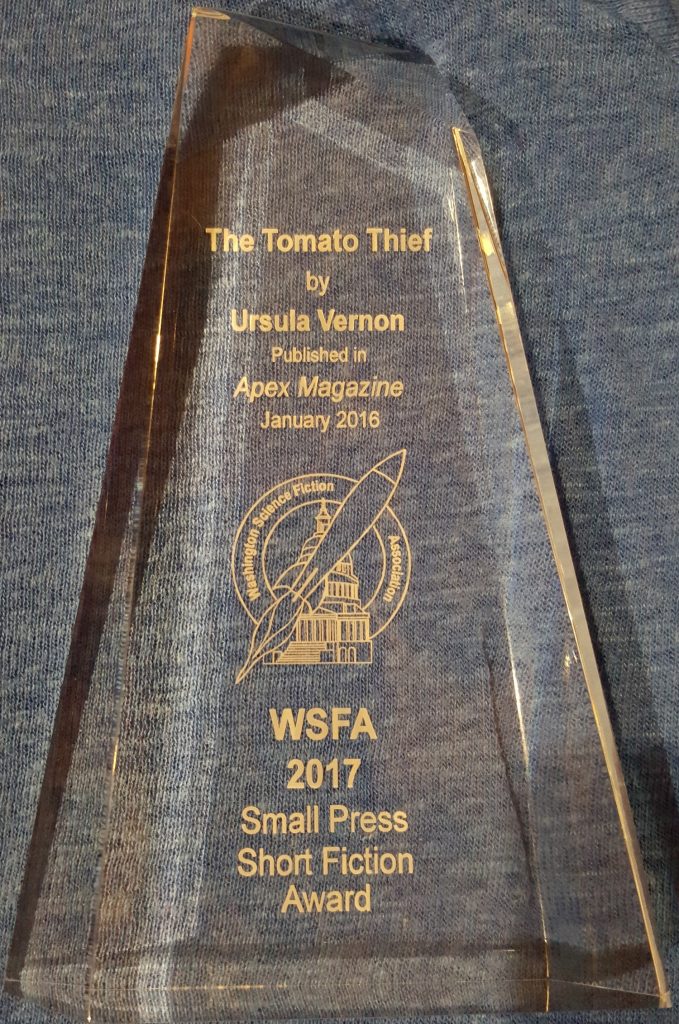 “The Tomato Thief,” by Ursula Vernon, published in Apex Magazine, ed. by Jason Sizemore, (January 2016) is the winner of the 2017 WSFA Small Press Award. Congratulations to Oor Wombat!

The Washington Science Fiction Association announced the winner at Capclave on October 7. The award recognizes the best short fiction published by a small press in 2016, and consists of certificates and trophies for both the author and publisher, and $500 for the author.

The other finalists for the 2016 WSFA Small Press Award for Short Fiction were:

The winner was chosen by members of the Washington Science Fiction Association, who voted on texts with the identity of the author (and publisher) hidden so that the final choice was based solely on the quality of the story.