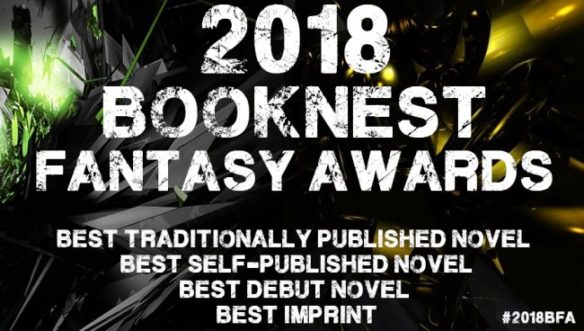 The shortlists for the 2018 BookNest Fantasy Awards, hosted by the BookNest.eu blog, were announced October 15. Open public voting to pick the winners continues until October 31 — to vote, click here.

In the second stage and with the public’s help, the 10 books and five 5 imprints with the highest number of votes in each category made it to the shortlist.