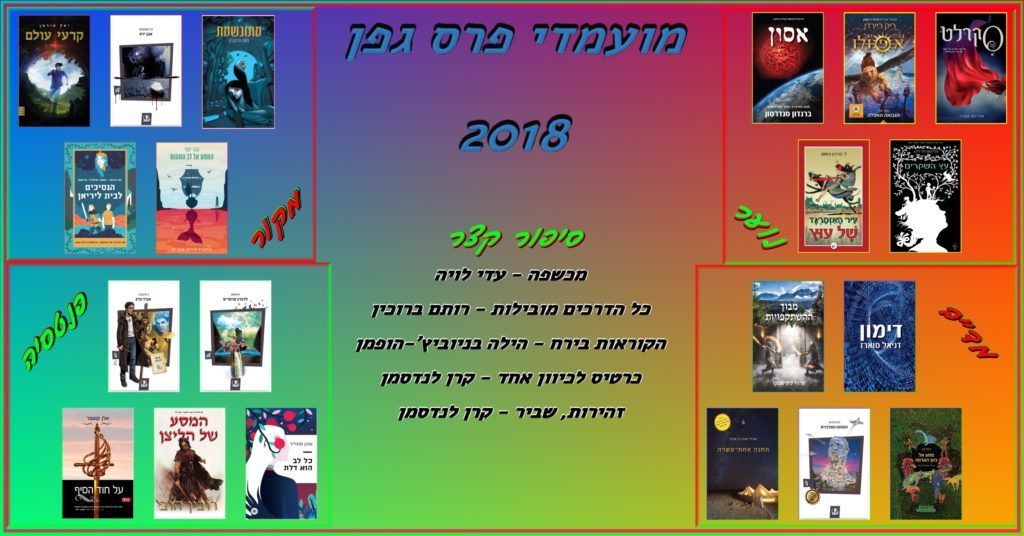 The nominees for the 2018 Geffen Awards (Israel Speculative Fiction Awards) have been announced by the Israeli Society for Science Fiction and Fantasy.

Many thanks to Gili Bar-Hillel for assisting with the English versions of Hebrew titles.