Jules Verne won his Geffen Awards category, but L. Frank Baum lost to Rick Riordan. (Has Verne ever won an sff award before? I’d say he was overdue.) The Israeli Society for Science Fiction and Fantasy announced the winners of the 2018 Geffen Awards (Israel Speculative Fiction Awards) at Icon 2018, held September 25-27.

Many thanks to Gili Bar-Hillel for assisting with the English versions of Hebrew titles for the 2018 awards. 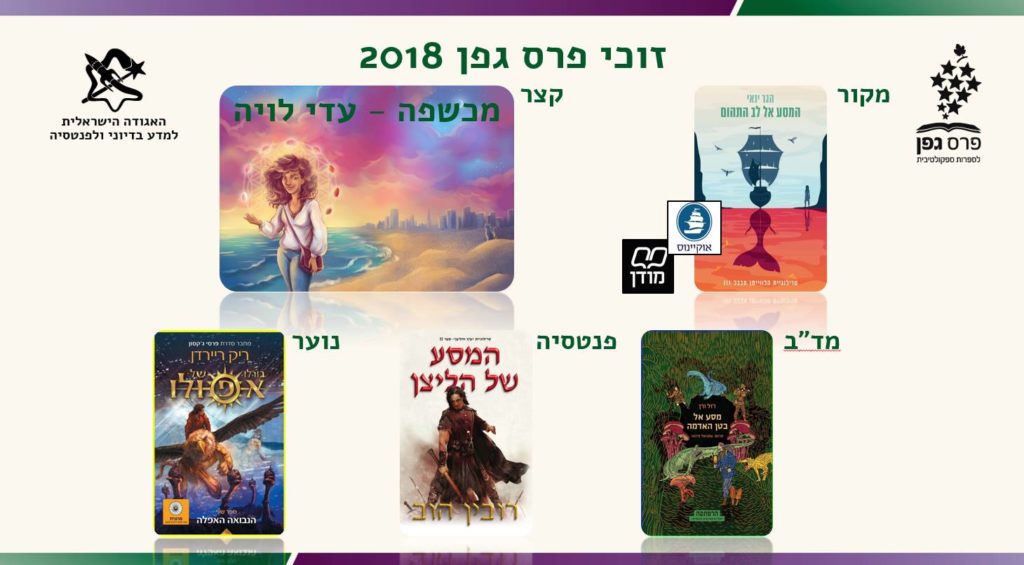 In addition, in honor of the 20th anniversary of the Geffen Prize, the “Retro Geffen” prize was distributed in the same categories. 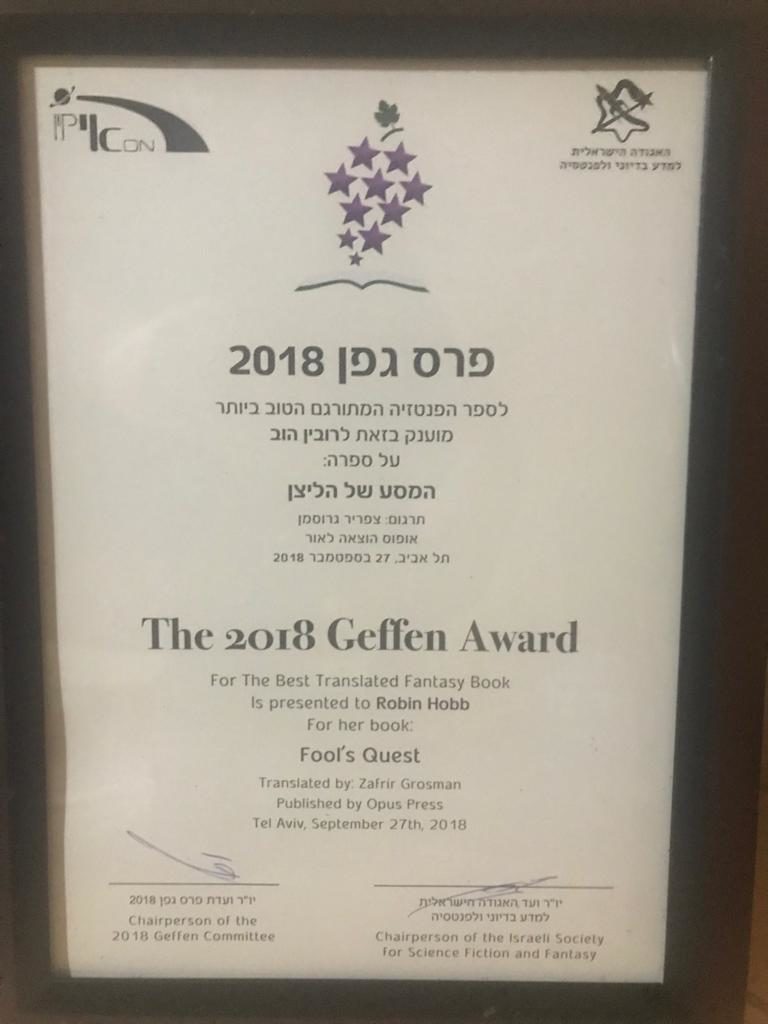