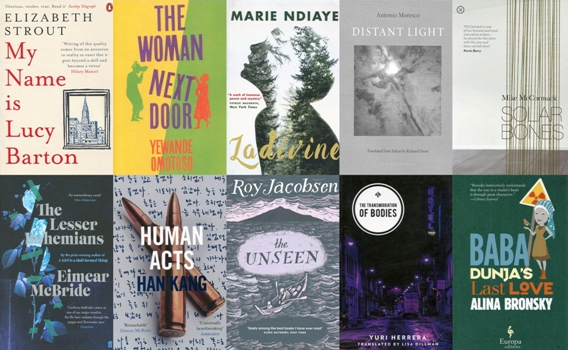 Ten novels have been shortlisted for the 2018 International DUBLIN Literary Award, sponsored by Dublin (Ireland) City Council and managed by Dublin City Libraries.

The International DUBLIN Literary Award is worth €100,000 to the winner. If the book has been translated the author receives €75,000 and the translator received €25,000.

Among the shortlisted titles, the Herrera and Moresco novels have sff/horror elements.

“The titles on this year’s shortlist were nominated by public libraries in Canada, Estonia, Germany, Hungary, Ireland, Italy, Mexico, Norway, South Africa, Spain, Switzerland and the USA’, said Dublin’s Lord Mayor, Ardmhéara, Mícheál Mac Donncha , Patron of the Award. ‘This is the beauty of this award; it reaches out to readers and authors worldwide, while also celebrating excellence in contemporary Irish literature represented on the 2018 shortlist by Eimear McBride and Mike McCormack.”

The five member international judging panel, chaired by Hon. Eugene R. Sullivan, will select one winner which will be announced by Lord Mayor, Ardmhéara, Mícheál Mac Donncha, Patron of the Award, on June 13.