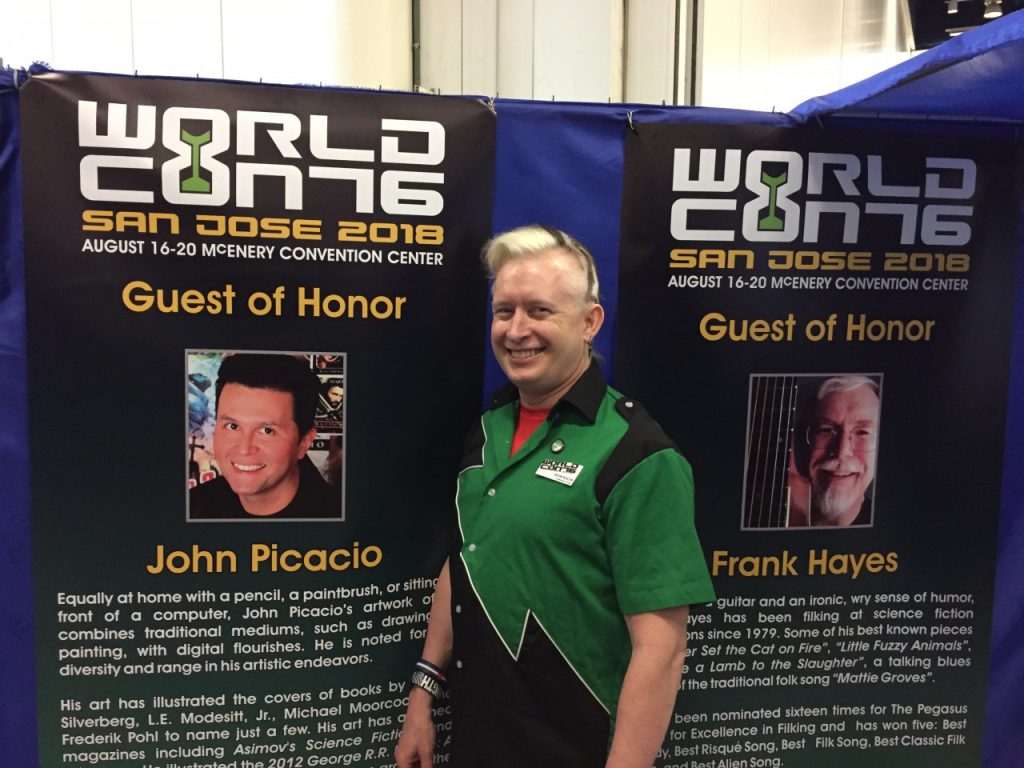 One of the field’s most celebrated artists, John Picacio is a 12-time Hugo nominee (with two wins) and a 10-time nominee for the World Fantasy Award (one win). His works have been nominated for the Chesley Award 35 times (with eight wins).

Frank Hayes has been recording and performing since the Eighties. He’s best known for his humorous songs. He’s written standards like “Never Set the Cat on Fire”, “Little Fuzzy Animals”, “S-100”, “Cosmos” (which was played for the astronauts during a shuttle mission) and “The Grandfather Clock.” He has won the Ohio Valley Filk Fest’s Pegasus Award, and in 2009 he was inducted into the Filk Hall of Fame.

1 thought on “2018 Worldcon Adds Picacio and Hayes as GoHs”