The International Board on Books for Young People (IBBY) has named author Marie-Aude Murail of France and illustrator Suzy Lee of the Republic of Korea as winners of the 2022 Hans Christian Andersen Awards.

The criteria used to assess the nominations included “the aesthetic and literary quality as well as the freshness and innovation of each nominee’s work; the ability to see the child’s point of view and to stretch their curiosity; and the continuing relevance of the work to children and young people.” The Award is based on the entire body of work.

The Author’s Award has been given since 1956, and the Illustrator’s Award since 1966. The winners each receive a gold medal and a diploma. 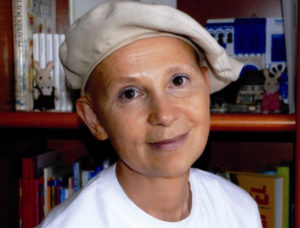 Marie-Aude Murail has written nearly a hundred books for children and adults and is acclaimed in France and abroad for her novels with their memorable characters. She was born 1954 in Le Havre into a family of artists: her father is a poet, her mother a journalist, her brother is a composer, another brother and her sister are writers for children. She studied literature at the Sorbonne University, where her doctoral thesis was about the adaptation of classic novels for young readers. She started writing romances for women’s magazines and in 1985 she published her first novel for adults. She began writing tales, stories and novels published in the magazines of the Bayard Group, including Astrapi, J’aime Lire and Je Bouquine. In 1987, her first children’s novel, Mystère (Mystery), was published and from then on, she devoted herself to writing for children and young people. Marie-Aude Murail has a gift for creating characters that have a special bond with the reader. Her novels explore various themes of politics, history, love, adventure and fantasy and have been translated into more than 27 languages. She has been awarded most French prizes in the field of children’s books, including for Oh, Boy! (2015) and she was selected for the 2010 IBBY Honour List for the story Miss Charity (2008). In 2004, she was made Chevailier de la Légion d’honneur and in 2017 was promoted to Officier de la Legion d’honneur in recognition for her work in the field of children’s literature. In parallel with her writing, she is an activist for literacy and children’s reading skills as well as the rights of refugee and migrant children. Marie-Aude Murail has been nominated several times for the Hans Christian Andersen Award: she was a Finalist in 2018 and 2020, and her book, Simple (2004) has been included in the list of books highlighted by the Andersen Jury as an outstanding work. 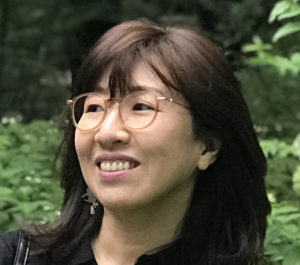 The wordless picture books of Suzy Lee have been recognized as unique literary and aesthetic innovations. Born in Seoul in 1974 in a home full of art and books, she studied painting at the College of Fine Arts, Seoul National University and upon graduation began illustrating children’s novels.  During studies at Camberwell College of Arts in the UK she took a draft of her Master’s project, Alice in Wonderland, to the Bologna Children’s Book Fair and it was published by Edizioni Corraini in 2002. Her next book Mirror was published in 2003 and became the first of the Border Trilogy:  Mirror (2003), Wave (2008) and Shadow (2010). All three wordless stories share the physical centre of the book, the binding, that acts as a border between fantasy and reality in the actual story. On one side of the page, we see a little girl, in a mirror, at the seaside, in a storage room and on the other side of the page we see her fantasy and imagination. Wave has received several distinctions in the USA, including the New York Times Best Illustrated Children’s Book 2008 and was selected for the IBBY Silent Books Honour List in 2013. Shadow was also selected as the New York Times Best Illustrated Children’s Book in 2010 as well as the Premio FNLIJ, Brazil and Premio Albumilustrado, Gremio de Libros de Madrid, Spain. Her book Lines (2017) captures her love (and sometimes frustration) of line drawing and minimal colours in the story of a young skater. Her story of a rescued dog Kang-yi (River, 2018) was selected for the 2020 IBBY Honour List and won the Korea Book Award. Recently, she founded the independent publishing company Hintoki Press to publish her own experimental works inspired by old Korean folk motifs. Her involvement with the Vacance Project, a collective of other Korean picture book artists, led to the haunting book, Sim Cheong (2019). Suzy Lee was a Finalist for the 2016 Hans Christian Andersen Award.