This piece of art by Quivery encapsulates EXACTLY the reason why I did the film. pic.twitter.com/WizRnzgzox

(2) SHEIKH DJIBOUTI. I always wondered what he looked like. 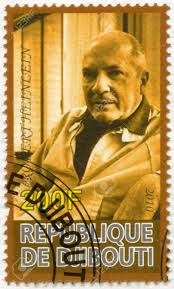 (3) WORLDCON STAMPS. And for the next few days “Mars & Lunar Colony Postage Stamp Sheets for 11th Worldcon (Philcon II) 1953” are up for auction on eBay.

Unused collection of Interplanetary Postage Stamps in very good condition. The two different stamps were designed by Russell Swanson for the 1953 11th World Science Fiction Convention (PhilCon II) in Philadelphia, PA.  One stamp is marked “Luna Colony Postage; First Moon Rocket – 1965; a $5 blue horizontal. The other stamp is a $10 red vertical, “Mars Postage; First Mars Expedition, 1974, and depicted “Preparing the Atmosphere Rocket”. In 1953, these were sold in sheets of 40  for 50 cents by the PhilCon II Committee for publicity and revenue. 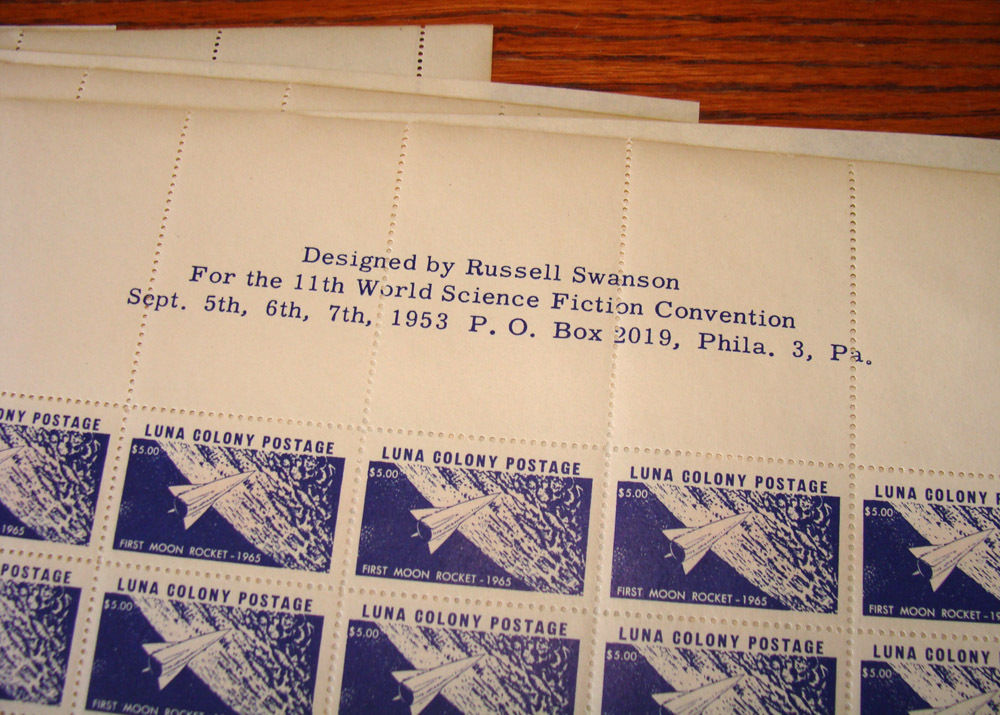 (4) I PITY THE FOOL. Will R. can’t get rid of the haunting feeling that he’s been fooled twice by Gmail’s “mic drop” button. Will says —

Though the laugh may still be on me, just so you know: the retraction followed the announcement, and there are actual comments out there (not just the questionable Twitter grabs) from people who seem to confirm that the button was real for at least a while. I admit, though, that it feels a bit phildickian trying to pin it down now, that it would indeed be a clever metaprank if the button never were real, that I’m certainly never long from playing the fool again, and that I hope whatever joke there ever was here is now wrung out.

Really, only meant to apologise if I had steered someone toward a harmful link. No joke!

(5) SPACE PARTY. Yuri’s Night is the World Space Party, celebrated at events on and around April 12.

Yuri’s Night is a global celebration of humanity’s past, present, and future in space. Yuri’s Night parties and events are held around the world every April in commemoration of Yuri Gagarin becoming the first human to venture into space on April 12, 1961, and the inaugural launch of the first Space Shuttle on April 12, 1981.

“Circling the Earth in my orbital spaceship I marveled at the beauty of our planet. People of the world, let us safeguard and enhance this beauty — not destroy it!” — Yuri Gagarin, 1st human in space….

Anyone can start a Yuri’s Night event, and it’s completely free.

(6) LA EDITION. Find out about Yuri’s Night in LA, April 9 at the California Science Center, on Facebook.

Join with 100+ events around the world in celebrating the 1st human mission to orbit the Earth and all space can make possible for us. Come to the pre-party, make your own space hero trader card, listen to Samantha Cristoforetti talk about her 199 days on ISS last year. Apollo 11 moonwalker, Buzz Aldrin, and Star Trek’s Lt Uhura, Nichelle Nichols will also be there. Your best playa wear or space costume is encourged. DJ Dynamix will be spinning till midnight! Don’t wait, event has sold out every year!

(7) SWIRSKY RECOMMENDS. There was no foolishness in Rachel Swirsky’s April 1 “Friday Fiction Recommendation: ‘One Paper Airplane Graffito Love Note’ by Will McIntosh” —

Will McIntosh is an exceptional writer whose work deserves more recognition than it gets. He won the Hugo Award several years ago for the excellent short story “Bridesicle,” but I wish people had paid more attention to his following novels and short stories. He does aliens really, really well.

However, this story has no aliens. It has dreamy magical realism instead.

The full 2007 McIntosh story is a free read at Strange Horizons.

(8) MORE ACCOLADES FOR BECKY CHAMBERS. While musing about the Hugos (“Hugo nominations for novels: And the final nomination list will be…”) Rachel Neumeier added a paean of praise for The Long Way to a Small, Angry Planet by Becky Chambers, which certainly would have been on my ballot if it had been eligible.

This was recommended to me by Linda S, who was right — I loved it. I was trusting her when I didn’t quite have time to finish the book before nominations closed, which worked out fine because I liked the resolution quite a bit. But I notice one File 770 commenter said it might not be eligible. I don’t know why, but if not, too bad! I guess I should have nominated Bryony and Roses instead. Well, at least Ursula Vernon’s story “Wooden Feathers” was on a lot of lists; I was glad to see that.

Anyway, I have not had time to write a review of The Long Way to a Small Angry Planet, obviously, but I nominated it because it is a really fun SF space opera with a cluttered Star-Trek-Federation type of setting — I haven’t seen anybody tackle a setting like that for a long time. Actually, the closest background I can think of in recent SFF is in Tanya Huff’s Valor series.

I had quibbles here and there with the worldbuilding and story, but OMG did I ever love Kizzy, one of the Best! Characters! Ever! Chambers must have had so much fun writing her, seriously. I have a new ambition: to write a wild impulsive uninhibited extrovert who is as much fun as Kizzy. Wonderful character building through dialogue. I wound up becoming quite attached to all the characters, including the ones who were thoroughly unsympathetic at the beginning. I also liked the rather intimate feel of the story against the very wide-scale background, which Chambers pulled off despite frequently switching the pov. And as I say, I liked the resolution. There are sad things about the ending, but it is not a downer.

(9) INDIE. Today’s Brevity cartoon has a kind word for writers from Middle-Earth.

Based on Jeff VanderMeer’s novel, the story follows a team of female scientists exploring “Area X,” a supposed environmental disaster zone in a future America. Portman’s character, never identified by name in the book, has the ulterior motive of looking for her husband, who was lost on an expedition. In the grand tradition of environmental disaster areas with creepy pedigrees, things get weird pronto for the expedition as Things Are Not What They Seem, but Portman is unlikely to stumble across a little green dude with a strange grasp of sentence structure.

(11) COMPLAINT DEPARTMENT. Jonathan McCalmont was dubious about being quoted in yesterday’s Pixel Scroll:

The correct context of yesterday’s tweet may not have been Puppies, but rather McCalmont’s general policy, tweeted today –

(12) DROP EVERYTHING. AWOL announces “Tasmania Is Currently Looking For A ‘Chief Wombat Cuddler’”

OK I know what you’re thinking, what even is a Chief Wombat Cuddler? Well, you’ll be the chief… of… wombat cuddlng at Tassie’s Flinders Island. Makes perfect sense.

Apparently over the past few weeks, a cheeky wombat from our southernmost state has been getting quite a bit of attention online thanks to a real cute YouTube video. Derek the wombat – great wombat name, by the way – lives out on Flinders Island, and because the Internet is all but obsessed with him, the folk over on the island have decided he needs a little company….

All you have to do is fill out the application form here before 10pm on April 16. Entrants must be over the age of 18 and of course, love cuddling wombats. What are you waiting for!?

[Thanks to John King Tarpinian, Michael J. Walsh, Will R., and Kyra for some of these stories. Title credit goes to File 770 contributing editor Cora.]