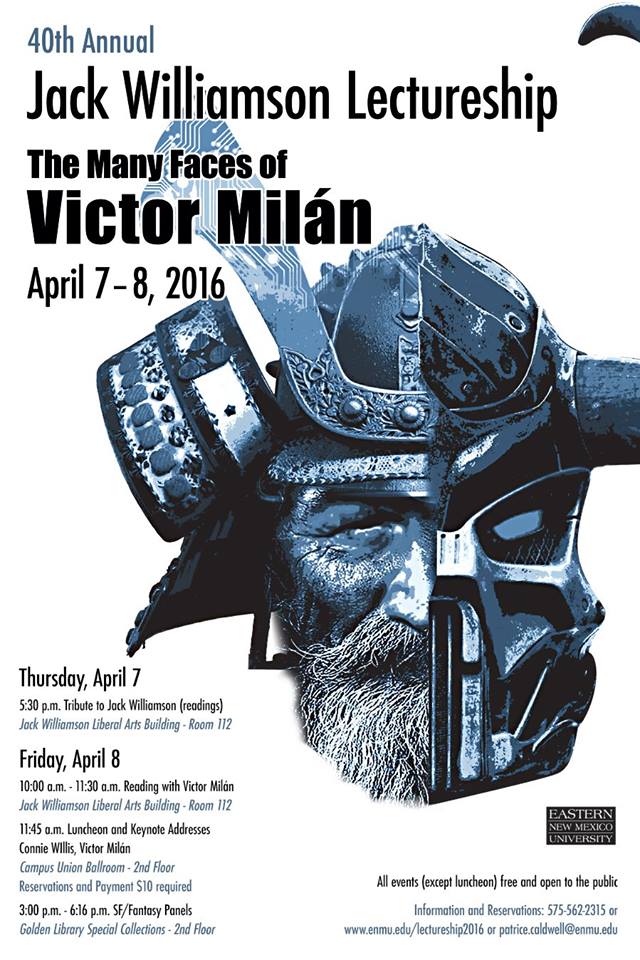 The 2016 Jack Williamson Lectureship at Eastern New Mexico University, the fortieth in the series, will feature “The Many Faces of Victor Milán.”

Milan has been publishing sf since the 1980s. His six-volume series The Dinosaur Lords melds the prehistoric creatures with the middle ages.

The event will take place April 7-8 at ENMU in Portales. Connie Willis once again will be the MC.

“I think the way Jack wrote and the stature that he had in the field says a lot about how important science fiction has become to the American culture, and certainly how important it is today,” she said. “American culture is basically linked to the hip with science fiction and to its issues and its concerns and its challenges. I think Jack Williamson saw that in 1928, and he saw it in 2005, and all the way through his very long career, and I think that’s why this is an event that we need to keep happening, because it reminds us all of this very essential dialogue between science, the humanities and the culture that those two forces are creating.”