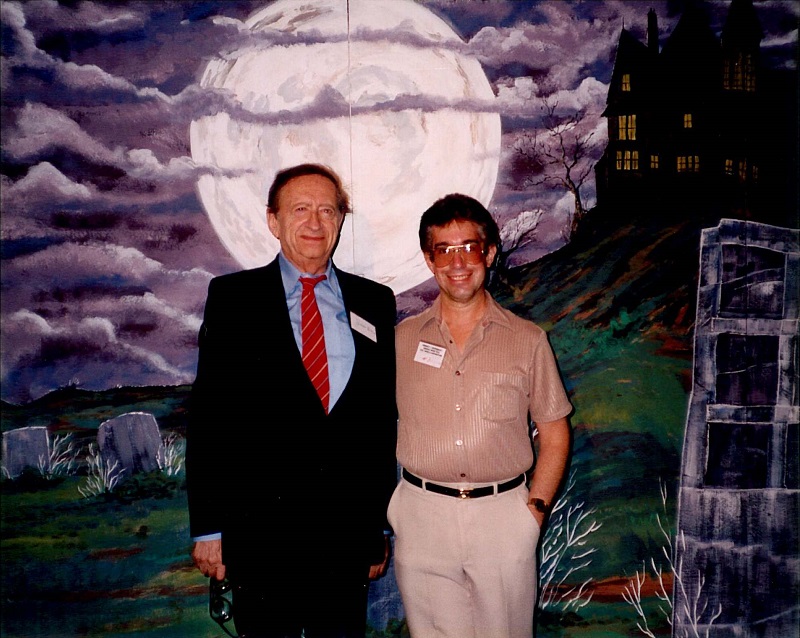 On Halloween, Steve Vertlieb invites readers to visit his tribute to a Grandmaster of Horror — “Robert Bloch: The ‘Clown’ at Midnight” at The Thunderchild.

By Steve Vertlieb: Robert Bloch was one of the founding fathers of classic horror, and science fiction during much of the twentieth century. An early member of “The Lovecraft Circle,” a group of both aspiring and established writers of “Weird Fiction” assembled by Howard Phillips Lovecraft during the early 1930’s, Bloch became one of the most celebrated authors of that popular literary genre during the 1940’s, 1950’s, and 1960’s, culminating in the publication of his controversial novel concerning a boy, a motel, and his mother. When Alfred Hitchcock purchased his novel and released Psycho with Anthony Perkins and Janet Leigh in 1960, Bloch became one of the most sought after authors and screen writers in Hollywood. His numerous contributions to the acclaimed television anthology series Alfred Hitchcock Presents are among the best of the director’s classic suspense series, while his legendary scripts, adaptations and teleplays for Boris Karloff’s Thriller series for NBC are some of the most bone chilling, frightening, and horrifying screen presentations in television history. He also famously penned several classic episodes of NBC’s original Star Trek series for producer Gene Roddenberry. Both Stephen King and Richard Matheson have written lovingly and profusely of their own literary debt to Robert Bloch. Bob was also a mentor and cherished personal friend for a quarter century. This is the story of that unforgettable relationship.

3 thoughts on “A Good Day For Remembering Robert Bloch”