Our favorite newsmaker, Ray Bradbury, generated all six of these stories. 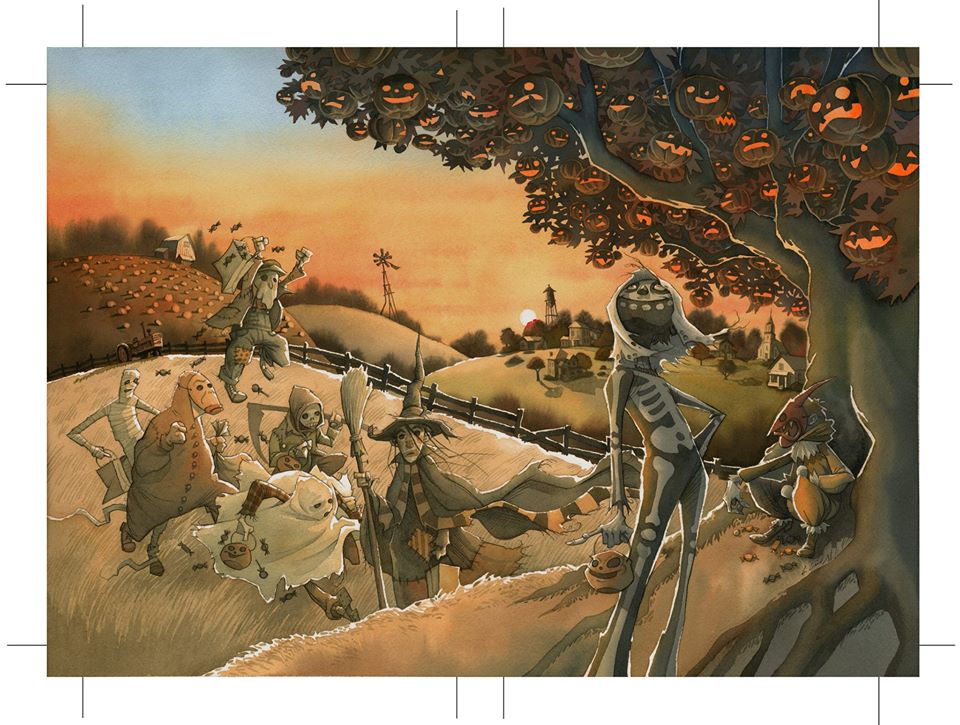 Art by Gris Grimly for The Halloween Tree.

(1) Creature Features in Burbank gets a head start on the season of the witch with an August 2 showcase of Gus Grimly’s artwork for the latest adaptation of Ray Bradbury’s The Halloween Tree.

Grimly casts his unique spell over this fantastical tale of a daring group of trick ‘r treaters embarking on the ultimate Halloween adventure, led by the mysterious Mr. Moundshroud. The show opens August 2nd with Grimly on hand to display his original art and sign the new hardbound edition from Knopf Books. Limited edition prints will also be offered exclusively through the gallery.

In his magnificent 2013 monograph, Proud Too Be Weirrd (public library), Steadman admits to having grown jaded with illustrating other people’s prose — “not much more than shameless self-indulgence” — but writes of having gladly completed the Bradbury project due to its “vitally important theme — the burning of all books.” 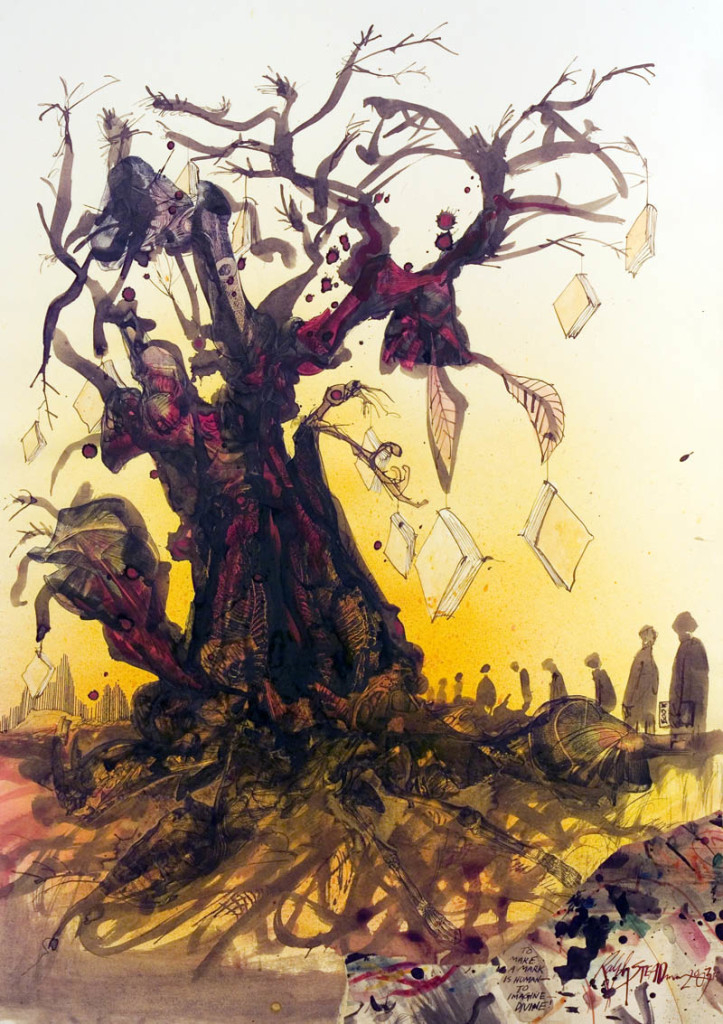 I am trying to hold onto that love of my stories, that love of the craft.  It’s so easy in the regular beat of trying to get on with life to lose track of loving your stories. It’s so easy to just be focused on getting the next patch written for the paycheck. I want to keep Ray’s words in my soul, so that even the “work-a-day” writing jobs are filled with that love that comes from the core of me.

(4) John King Tarpinian was sitting in the front row when Ray Bradbury and Hugh Hefner discussed the origins of Fahrenheit 451 for this video.

Iconic author Ray Bradbury and Playboy founder Hugh Hefner talk with LATimes.com blogger Geoff Boucher (Hero Complex) about how TV and radio inspired Fahrenheit 451, the connection between the novel and Playboy magazine and why Bradbury thinks of himself as a “pomegranate.”

(5) The FBI spied on Bradbury and his children:

Ray Bradbury’s biographer, Sam Weller, says he was shocked by the FBI’s incompetence and perfidy.

First, they got Bradbury’s name wrong in their documents, consistently calling him “Raymond,” when his given name was “Ray.” And the FBI reported that Bradbury made repeated trips to Cuba, when he never went there in his life.

But the Red File, which Weller obtained through a Freedom of Information Request, also shows that FBI agents were parking their cars at night on Bradbury’s street in Cheviot Hills, watching his children.

Bradbury, Weller says, “was quite startled by that. He was a pack rat, so he took that file out of my hand immediately and said, ‘Mine! Mine!’ He wanted to keep it.”

(6) One time Ray was doing a signing/fundraiser for the Beverly Hills Library.  Docents would bring batches of books for Ray to sign.  Santiago, Ray’s nurse, asked one of the docents if anybody had ever told him he looked a lot like Tom Hanks.  The docent was Colin Hanks.

6 thoughts on “A Half Dozen About Ray Bradbury”