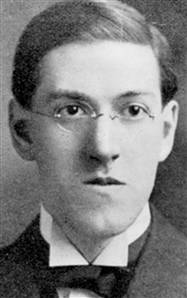 Details are on the film festival blog —

The life and work of Providence’s best-known fantasy and horror author, Howard Phillips Lovecraft, will provide the backdrop for the tour, which will be lead by the Rhode Island Historical Society. Lovecraft’s “Providence stories” (written between 1924 and 1935) provide the basis for this walk. Lovecraft wrote eloquently, and in great detail, about such landmarks as Prospect Terrace, the First Baptist Church, and Benefit Street houses. Participants will see the site of his former home, as well as locales mentioned in The Case of Charles Dexter Ward, The Haunter of the Dark, The Shunned House, and The Call of Cthulhu.

After the 90-minute tour, participants will be treated to ticket to see premiere films inspired by Lovecraft.

“Providence provided the inspiration for his most chilling and terrifying stories. This walking tour is a wonderful opportunity for his fans to connect with the man behind the writer.”