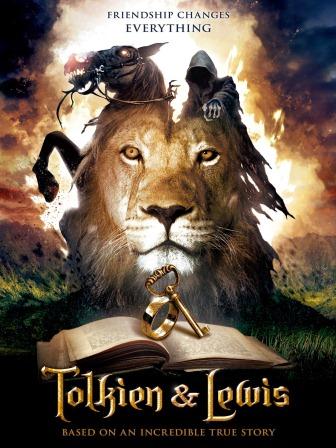 Attractive Films is pointing Tolkien & Lewis for an Easter 2015 release. Would you like to guess the only character who has been cast to date, and who that performer will be?

This is not another File 770 trivia quiz, so no use guessing Ray Bradbury. No use guessing anyone you might expect to see playing Tolkien or Lewis — or any other man.

The movie’s first announced cast member is Jill Freud. She is slated to play a social worker. However, she has a much greater claim to fame than that. Jill Freud could be called the real-life Lucy Pevensie from C. S. Lewis’ Narnia books. As a little girl, she provided Lewis’ inspiration for the character.

Freud gave an interview to The Hollywood Reporter in July. Here is an excerpt.

How did you find out that you were the inspiration for the Lucy character in the “Narnia” books?

Douglas Gresham, Jack’s stepson, wrote me a letter. He needed answers to something or other and ended with, “I suppose you realize that you were the inspiration for Lucy?” I hadn’t known until then — perhaps 10 years ago. I was absolutely thrilled. It’s like being told you were the real Lady Macbeth! …

How did you first come to the Kilns?

I was to be evacuated there — it was arranged to be at the end of the summer term. I went up there and was introduced to Minto [Lewis’ companion, Mrs. Moore], who sort of vetted me. She said to the convent, “she’ll do.” We had ration books in those days — and you got one egg a week. But Minto had 25 hens and she needed hen food. So she asked whether she could use my ration book for hen food and she would send me some eggs. So once a month I got a box containing 12 beautiful fresh eggs — whereas everyone else was getting one stale egg a week from the grocers. I did very well — so every month I wrote and thanked her, and that’s why she said when I had finished my O levels (at age 16), “Would you like to come down for a little holiday?”

What were your first impressions of Lewis?

When I first went up to the Kilns, Jack was away giving one of his lectures to the RAF, and he came back there after a couple of days — and I didn’t know he was C.S. Lewis. He was just “Jack,” and I thought he was Minto’s adopted son. I had already read The Screwtape Letters, which was my favorite book. So I was devastated when I looked at the bookshelf and put the two names together and realized that Jack Lewis was C.S. Lewis. For three days I couldn’t bring myself to speak to him — I was so overawed.

After the war she was trained at the Royal Academy of the Arts. She worked most of her professional life as Jill Raymond, appearing in several pictures and numerous TV episodes. She later married Sir Clement Freud, a grandson of the psychoanalyst Sigmund Freud.

As a clever bit of casting, in Lewis & Tolkien, Freud, now 87, will be playing the social worker who brings her younger self to the Lewis household.

1 thought on “A Narnia Original”