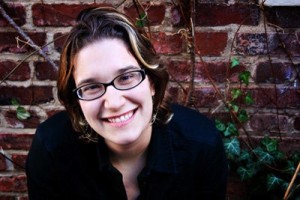 Carmen Maria Machado is a Nebula-nominated fiction writer, critic, and essayist whose work has appeared or is forthcoming in The New Yorker, Granta, The Paris Review, AGNI, The Fairy Tale Review, Tin House’s Open Bar, NPR, The American Reader, Los Angeles Review of Books, and elsewhere. Her stories have been reprinted in several anthologies, including Year’s Best Weird Fiction and Best Women’s Erotica. She has been the recipient of the Richard Yates Short Story Prize, a Millay Colony for the Arts residency, and the CINTAS Foundation Fellowship in Creative Writing. She is a graduate of the Iowa Writers’ Workshop and the Clarion Science Fiction & Fantasy Writers’ Workshop, and lives in Philadelphia with her partner. 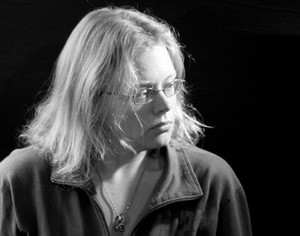 Seanan McGuire is the author of more than a dozen novels, and uncounted short stories. Her latest work, A Red-Rose Chain, was released in September 2015. Seanan was the winner of the 2010 John W. Campbell Award for Best New Writer, and her novel Feed (as Mira Grant) was named as one of Publishers Weekly’s Best Books of 2010. In 2013 she became the first person ever to appear five times on the same Hugo Ballot. 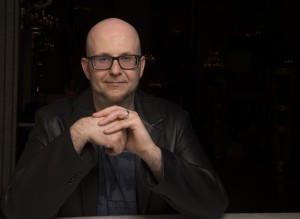 John Joseph Adams is the series editor of The Best American Science Fiction and Fantasy, as well as many other anthologies, such as Wastelands, The Living Dead, Brave New Worlds, Operation Arcana, Press Start to Play, and The Apocalypse Triptych. He is also the editor and publisher of the magazines Nightmare and the two-time Hugo Award-winning Lightspeed, and is a producer for WIRED’s The Geek’s Guide to the Galaxy podcast.

The Best American series is the premier annual showcase for the country’s finest short fiction and nonfiction. Each volume’s series editor selects notable works from hundreds of magazines, journals, and websites. A special guest editor—a leading writer in the field—then chooses the best twenty or so pieces to publish. This unique system has made the Best American series the most respected—and most popular—of its kind.

The event at the Brooklyn Commons Cafe (388 Atlantic Avenue) begins at 7:00 p.m.