By John King Tarpinian: Creature Features in Burbank hosted a signing for a new illustrated edition of Ray Bradbury’s The Halloween Tree, beautifully illustrated by Gris Grimly. No slight to Mr. Grimly but Ray can still bring in the crowds. My guess is that a couple hundred people attended this signing, many with multiple copies under their arm, myself included. I saw many people I’ve known from when I was the one directing traffic at Ray’s signings, even a couple from another local bookstore.

Gris was very approachable and chatted with anybody who wanted to chat.  I’d say a vast number of people know him from his other works. This edition has full color full page illustrations along with black and white sketches throughout.

I did not hang-around long because the store was probably in violation of multiple fire codes due to the tremendous turnout. He and I did exchange contact information because I plan on inviting him to attend the next Vintage Paperback Show along with two other illustrator friends of his, Gary Gianni and Tony Gleeson. As a final aside neither Gris nor the store owner knew that Stephen King used to read the book to his kids each Halloween, as told to me by Joe Hill. 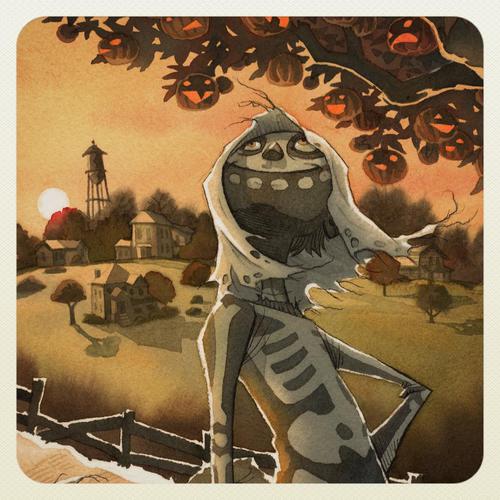