By Mark L. Blackman: On the evening of Tuesday, March 7, 2017, the New York Review of Science Fiction Readings Series offered a twist on its Family Night series-within-a-series by presenting siblings Malka Older and (the elder Older) Daniel José Older (and mercifully laying to rest jokes that for months have been getting older and older). The event, held at the Series’ venue, the Brooklyn Commons Café in Greater Downtown Brooklyn, was guest-hosted by former Series curator Amy Goldschlager.

The evening opened differently from usual, with a welcome from Goldschlager rather the Series’ Executive Curator, Jim Freund; he was, we were told, home dealing with basement flooding and would be arriving later. While Freund has been “flogging” the event with wordplays on “getting Older and Older,” she preferred to call it by the theme that united the two readers, “Inform and Resist.” She had long been a fan of Daniel’s work and Twitter feed (@djolder) and had subsequently become one of Malka’s, whose Infomocracy “scared the crap out of me.” The format too would be different, with both Olders reading in the first part of the evening, then sharing a discussion and Q-&-A. 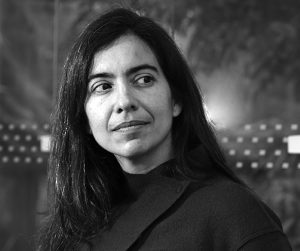 Malka Older’s science fiction political thriller Infomocracy was named one of 2016’s best books by both Kirkus and BookRiot. Her reading was from its forthcoming (September) sequel, Null States. Providing background, the books, she explained, were set some 60 years in the future; the nation-state system has largely resolved into a system of “microdemocracy,” units of 100,000 people called “sentinels,” the whole overseen by a massive bureaucracy, Information. Her protagonist, Mishima, is on a secret mission to a formerly prominent sentinel called Heritage to bug its offices in the former headquarters of the UN in Geneva. (Bugging has suddenly become topical, it was remarked.) Her reading, we must note, was punctuated by the participation of her small and adorable daughter. Returning to the microphone, Goldschlager introduced the other Older. 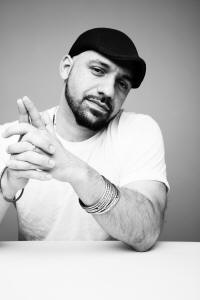 Daniel José Older is the New York Times bestselling author of the collection Salsa Nocturna, the Bone Street Rumba urban fantasy series, and the Young Adult novel Shadowshaper, a New York Times Notable Book of 2015, which additionally won the International Latino Book Award, was shortlisted for the Kirkus Prize in Young Readers’ Literature, the Andre Norton Award, the Locus Award and the Mythopoeic Award, and was named one of Esquire’s 80 Books Every Person Should Read. (He was also active in the successful effort to retire H.P. Lovecraft’s caricatured likeness from the World Fantasy Award owing to his vigorous partaking of the racism of his times.) Taking his place at the mike, he quipped that he’d always suspected that his sister was a spy, and recalled that this Series was the first venue where he ever read. Reading from Battle Hill Bolero, the final installment of his Bone Street Rumba series, he warned about spoilers. His protagonist, Carlos, is a “halfie,” half-dead and half-alive, and a clean-up man for the Council of the Dead. He and his partner have been dispatched to the Manhattan Bridge to kill a giant river demon; however, many humorous lines later, he winds up sharing his life (or half-life) story about his ex-girl friend (the one who half-killed him) as they chummily share Malagueño cigars. 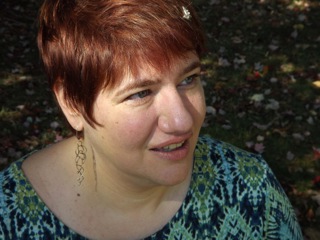 He then read a briefer excerpt about Chris, dead, invisible, on fire and rebelling against the Council. His reading style, observed Goldschlager, is “almost a musical experience.” (You may hear his music at danieljoseolder.net, on YouTube and @djolder on Twitter.) Spotting Freund, who had since arrived (dry), she cautioned the gathering that the readings were being Livestreamed.

Freund then announced upcoming events in the Series. On April 1st – which most think of as April Fool’s Day, but which, since 1967, he thinks of as Samuel R. Delany’s birthday – the Series would be hosting a 75th Birthday Party for Delany. On May 2nd, Goldschlager returns as guest-host for an evening with the Serial Box podcasters (Leah Withers, Max Gladstone, Joel Derfner, et al.). June 6th readers will be Sam J. Miller (whose first novel is being published in July) and Lara Elena Donnelly. Finally, he congratulated Barbara Krasnoff on her Nebula Award nomination (for “Sabbath Wine,” a story that she read here.)

During the intermission, a raffle for donors was held for copies of Infomocracy donated by Tor.com.

Resuming hosting, Goldschlager brought the Olders up to the stage to interview each other “because apparently they don’t know each other much.” He had come up with a game in which they guess each other’s literary influences from their favorite books and movies from childhood.  His guess for her was Anne of Green Gables and hers for him All the President’s Men. This soon evolved into a discussion of their favorite books and movies, not necessarily influences. She loved Lord of the Rings and McCaffrey; he didn’t care for The Lion, the Witch and the Wardrobe, and she thought that the middle Narnia books were more interesting; he loved Sweet Valley Twins (but it didn’t influence him) and Catch-22; Blade Runner, Star Wars and Snow Crash were “huge” for both, and both loved Zelazny’s A Night in the Lonesome October and Lord of Light. When he decided in 2009 to become a writer, he was watching a lot of animé (notably Cowboy Bebop). She never read horror “that much.”

The audience kind of being left out, a Q-&-A followed. One audience member called Malka’s debut novel, Infomocracy, one of the year’s best and said that it reminded him of Sterling’s Islands in the Net; it turns out, though, she’s never read it, but noted that Infomocracy had been called “post-cyberpunk” (adding that she didn’t regard cyberpunk as being ready for “post-”). The next questioner asked Daniel what percentage of his work was drawn directly from his experience with EMS (he’s had a decade-long career as a New York City paramedic). A lot, he said – the dealing with a bureaucracy (the FDNY), the banality. The next two questions to Malka were what had happened in her future with the military (her editor, she noted, had been curious about all the nukes) and about the economic instrument that allowed exchange between governments. The militaries formed military governments with their economies based on renting out their services to small sentinels, and that there was an electronically-based currency.

Changing gears, the following question from the audience wondered if sf writers now are better at extrapolation than the previous generation (Asimov, Clarke) was and if it’s “more integral.” Malka said that her books are less about prediction than saying something, and cited the adage that sf is less predictive (of the future) and more descriptive (of the present). Daniel was asked where his stationary bike monsters (the “ngk”) came from. He joked that it was a comment on gentrification, then replied that in his world of ghosts, he wanted something small, powerful and unkillable.

A question about the importance of setting to them both highlighted both what they had in common (their settings are “dynamic” and place has an important role in their books) and their differences. His experiences are rooted (he moved to NYC years ago, and, although most of his readers may not, he “cares where Bedford Avenue is”), while she has lived over the world, rarely in one place for long, and has a geopolitical perspective. Yet their work involves each in compassion; she has more than a decade of experience in humanitarian aid and development, whereas he’s been more hands-on as an EMT. Something else they have in common, asked how they plot out their books, if, for example, they use index cards, both responded that they don’t painstakingly plot out their books.

Capping the evening perfectly, and eradicating the pun for good, asked which Older is older, Malka pointed to her daughter and quipped that it was her – “she’s a little Older.”

2 thoughts on “At NYRSF Readings We Get Older and Older”