Here are the 2016 awards of genre interest announced at the American Library Association’s midwinter conference in Boston this past week. 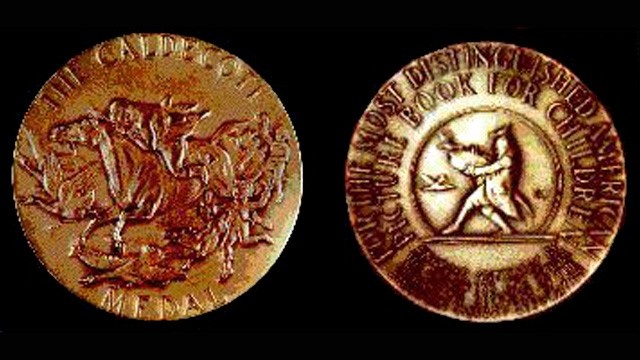 2016 Caldecott Medal: The Caldecott Medal for the most distinguished picture book was awarded to Sophie Blackall for Finding Winnie: The True Story of the World’s Most Famous Bear, written by Lindsay Mattick.

“Finding Winnie” is an incredible account of the friendship and love shared between a soldier and the real bear who inspired Winnie-the-Pooh. Blackall beautifully interprets this multi-dimensional family story through her distinctive Chinese ink and watercolor art, capturing intimate and historical details perfect for a child’s eye.

“Children will be enchanted by Winnie’s journey from the forests of Canada to the pages of the Hundred Acre Wood. Blackall offers a tour-de-force of visual storytelling,” said Caldecott Medal Committee Chair Rachel G. Payne.

Blackall is an Australian-born illustrator based in New York. Saying she first learned to draw in the sand with a stick at the beach, Blackall has illustrated over thirty books. A keen observer of human and animal behavior, Blackall’s illustrations illuminate moments and emotions in fine detail.

2016 Alex Award Winners: The Alex Awards are given to ten books written for adults that have special appeal to young adults, ages 12 through 18. Three of this year’s winners are of genre interest.

Laura Ingalls Wilder Award honors an author or illustrator whose books, published in the United States, have made, over a period of years, a substantial and lasting contribution to literature for children.

In addition to the full list, the selection committee chose a top ten, including these three of genre interest.