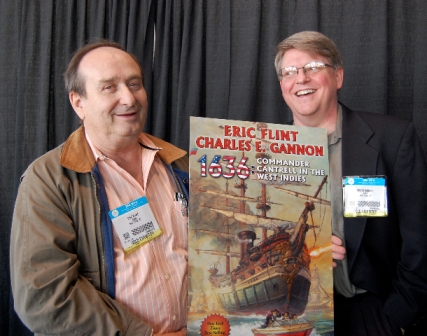 I got in using a Borders lanyard and a 1980 ABA Convention badge, apparently slipping past unobservant security people, and got a lot of comments from ex-Borders people!

Once in, Porter took photos of the writers and editors at the Baen party.

Above is his photograph of Eric Flint and Charles E. Gannon. See more on Baen’s Facebook page.