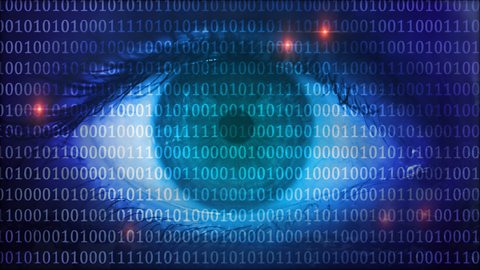 Another season of BBC Radio 4’s Dangerous Visions has begun airing. Programs are spread across three weeks, ending July 14. All dramas and readings will be available to listen to online for 30 days. You can also download each drama via the BBC iPlayer Radio app.

This year, there’s dystopian comedy in the mix, with two new productions. The first episode of Fahrenheit 451 is available July 3.

Gregor Samsa’s life is dominated by routine – commute, work, home – until one morning when he wakes to find himself transformed into a giant insect. As he attempts to master life with six legs, his family must also learn to live with his new look. In this drama, Kafka’s masterpiece is given a modern twist with a darkly comic edge. Starring Tom Basden, Felicity Montagu, and Tim Key.

In a vision of a world where antibiotics have stopped working and uncompromising, life-changing choices must be made, Anna is a doctor working in infectious diseases, forced every day to help choose whether to treat a patient or not. Those who do not have the correct insurance must face their fate with a shadowy judge called The Quartermaster. “Culture” was developed through the Wellcome Trust Experimental Stories scheme. Starring David Calder and Pippa Nixon.

Ray Bradbury’s Fahrenheit 451 was written in the early 1950s and is a dark, dystopian vision, set in a future American society where reading is outlawed. The role of the fireman has changed – his job now is to burn any books he finds. The main character Guy Montag is a fireman who starts to question his job, and his role as book eliminator begins to wrestle with his conscience. Poetic, dazzling and shocking: Ray Bradbury’s vision of the future comes to Radio 4.

This gripping three-part thriller takes place in France, 2020. In the picturesque town of Grenoble, the Front National sweeps to power in the municipal elections. As the euphoria of triumph is replaced by the bitter taste of reality, darkness descends on the city and there’s trouble in the streets.

Perimeter is the second comedy to feature in this year’s dystopian feast and is set in a not-too-distant future, where the subtle differences to our society provide us with plenty of comic potential. In some ways things are worse e.g. environmental disaster; but in some ways things are better – more shows on Netflix. Siblings Josie and Liam live in a city divided into two zones by a giant, electrified fence. Inside the perimeter live people rich enough to afford the colossal property prices; outside is where everybody else lives.

Close to the original book, Darkness at Noon is set in an unnamed country ruled by a totalitarian government (but basically, it’s Stalin’s Russia). Rubashov, once a powerful player in the regime, finds the tables turned on him when he is arrested and tried for treason. His reflections on his previous life and experiences in prison are at the heart of this thought-provoking masterpiece.

Click here to see the schedule of upcoming episodes.

3 thoughts on “BBC Radio 4’s Dangerous Visions Is Back”