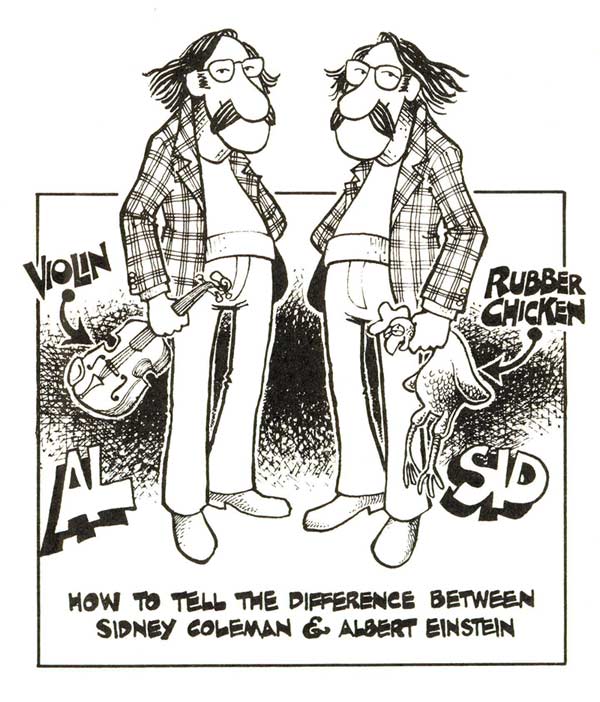 Gregory Benford has posted a compelling and entertaining profile of the late Sidney Coleman, physicist, fan and wit.

A reputed Einstein-look-alike, Coleman’s accomplishments included co-founding Advent:Publishers, and devising “wormhole calculus.” As for his wit — here are two examples:

When his physics department suddenly needed someone to fill in for an ill colleague, they asked Sid if he could teach a field theory class that the energetic colleague had scheduled for 8 a.m. Sid was a notorious night owl who often had to rouse his dinner guests to go home at a mere 3 a.m. He relished the pleasures of watching the sun come up while putting on pajamas and others stirred. Still, he considered. He felt that he did have an obligation to his department. “I’m sorry,” he finally said, “I just don’t think I could stay up that late.”

He wrote a great sendup of the space program: “Once I gained access to Pioneer 10, it was the work of a moment to substitute for NASA’s plaque my own, which read, “Make ten exact copies of this plaque with your name at the bottom of the list and send them to ten intelligent races of your acquaintance. At the end of four billion years, your name will reach the top of the list and you will rule the galaxy.”