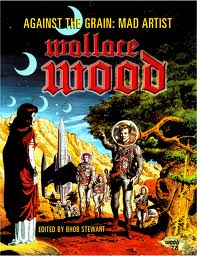 Artist, writer, editor and fanzine fan Bhob Stewart, died February 24. He was 76, and had struggled with emphysema for 35 years.

Stewart’s The EC Fan Bulletin was one of the earliest comics fanzines, first appearing in 1953. He was art director for Xero, Dick and Pat Lupoff’s Hugo-winning fanzine published from 1960-1963.

When I was in college I did a weekly cartoon for the campus newspaper. One day I decided to change my signature on the cartoons. I recalled the fannish “h” and added it in my signature. When I later did fanzine drawings in 1960, the NY fans just began using the signature as my name.

Stewart came from Kirbyville, Texas, and later lived in Missouri and New York.

And he is credited for coining the term “underground comics” while on a panel at a 1966 comics convention.

He wrote comics for Byron Preiss, Marvel, Warren, Charlton, and Heavy Metal, and edited and designed magazines Castle of Frankenstein and Flashback. 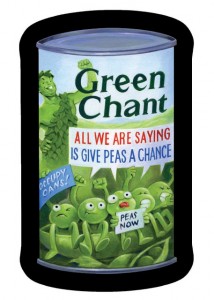 From 2005 until late last year he posted regularly on his blog Potrzebie about his experiences in the field, such as time time he helped Wally Wood knock out an issue of Jungle Jim in 48 hours.

Juggling jobs and temporarily minus his regular assistant, Ralph Reese, Wally Wood faced a sudden two-week deadline on a Jungle Jim comic book for King Comics. Nothing had been done. His solution to the problem, I was told, began with me. I was to write three Jungle Jim stories in two days, he told me. In 15 minutes, he outlined how to do it: Draw roughs on typing paper, begin each story in the middle of an action situation, write as few captions as possible (so the pictures tell the story) and use conventional panel layouts rather than sprawling, tricky page designs.

With no time to research the original Alex Raymond characters, I resorted to a near-satiric approach based on a hazy, half-buried recollection of the early 1950s Johnny Weissmuller Jungle Jim film series…