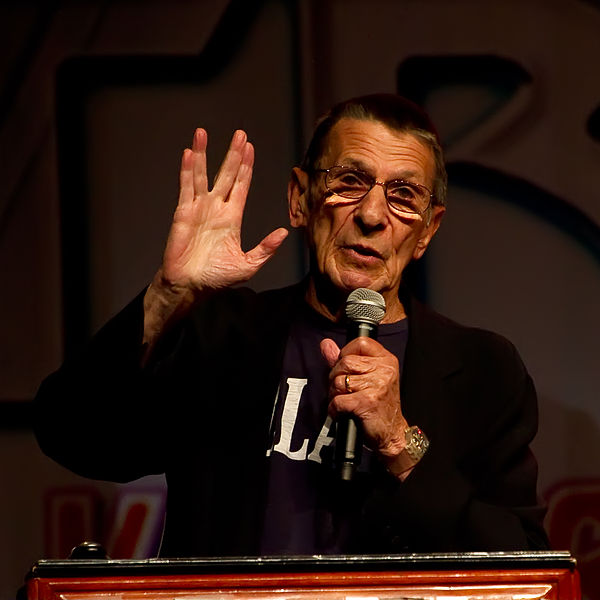 Nimoy’s show business career launched in earnest in 1952 with roles in Francis Goes To West Point (as an uncredited football player), in Zombies of the Stratosphere, and as the title character in Kid Monk Baroni. Unfortunately, as he later told the New York Times, Kid Monk Baroni was the sort of film that “made unknowns out of celebrities.”

Over the next 14 years, before being cast as Spock, he had lots of TV roles — mostly westerns — but also a Twilight Zone (“Quality of Mercy”), two episodes of Outer Limits(“I, Robot” and “Production and Decay of Strange Particles”) and a bit part on The Man From U.N.C.L.E.