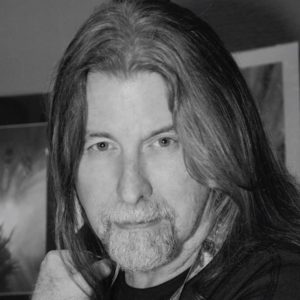 Artist Bob Eggleton asked to have his statement posted:

I’m taking a major step back from SF fandom. I’ll still do covers for my favorite people, here and there and will be around, just have to step back from some of the unkind aspects and pithy fights fandom has developed into recently to focus on my landscape, seascape and spacescape work and my Fine Art direction. People take themselves waaay too seriously in regards to awards like the Hugo and so forth. I got a bunch when it was fun and before Social Media and “campaigning.” Now I see too much backbiting and a tendency to forget the past honors going back to the Hugo’s beginning.

Events like SPACE FEST, Windy City Pulp Con, and G FEST(Godzilla Con) I will still attend as I will Boskone (local) and some of the “Monster Convention” shows. Some of the cattiness and political backbiting and disrespect in the core of “SF fandom” has been very tiring. I have been declining AGoH invites politely anyway, I wish them well but it’s not my “tribe” as it were.