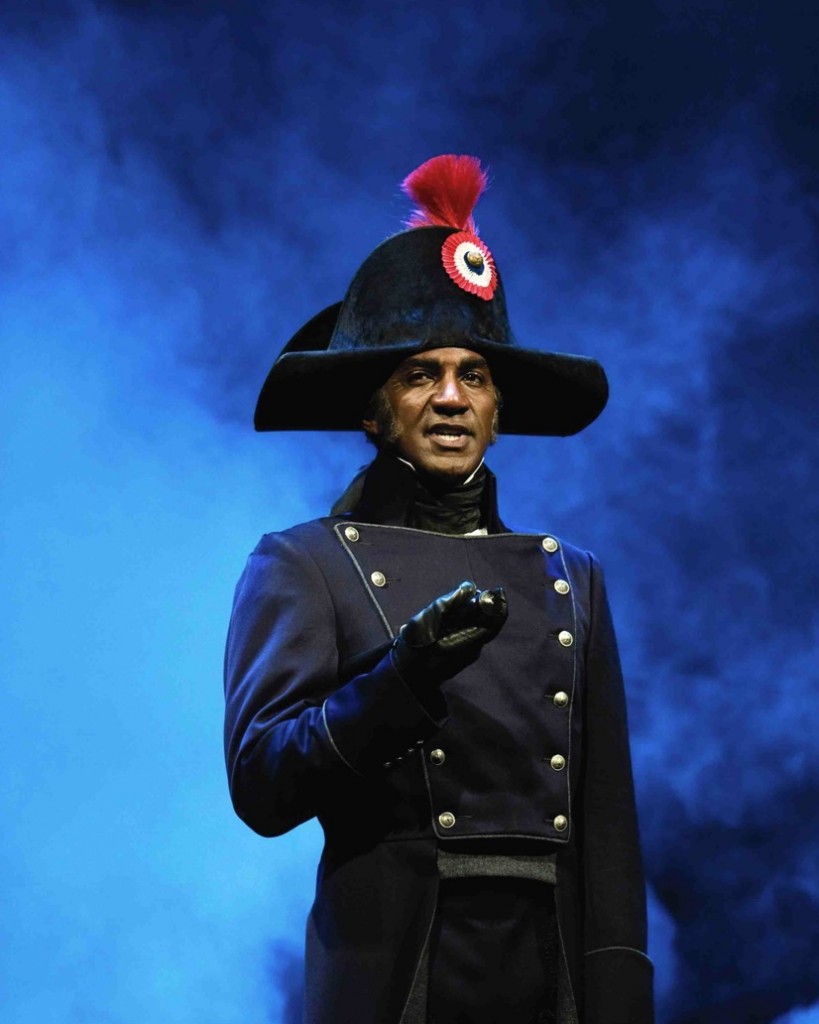 By James H. Burns: Stage and television vet Norm Lewis made headlines this week, signed to be Broadway’s first African-American actor in the title role of Andrew Lloyd Webber and Hal Prince’s celebrated adaptation of Gaston Leroux’ Phantom of the Opera.

But the news reminded me of a fairly intriguing bit of fantasy lore:

Sammy Davis Jr. had his heart set on playing the part, and — if my memory serves — even recorded some tracks, to show Webber he could handle the part.

Davis, you see, was a major monster (and presumably fantasy) movie buff!

In fact, Davis said in one of his memoirs, he made Peter Cushing and Christopher Lee hip to just how successful their Hammer Studios horror films were in the United States. Running into them at a British studio, Davis said their jaws collectively dropped when he mentioned their films’ American box office tally. 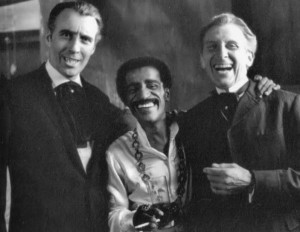 The duo also made a relatively unknown cameo appearance in Davis’ and Peter Lawford’s One More Time, directed by Jerry Lewis, a sequel to their earlier Salt and Pepper, where they portrayed “swinging nightclub owners in London.” In a secret laboratory, Cushing seemed to be reprising Baron Frankenstein, and Lee was again decked out as Count Dracula…

Phantom of the Opera’s production team may have felt that Davis’ celebrity was simply too strong to successfully essay the role.

Sadly, a Davis tenure beneath the Paris Opera House may have been mis-fated, as he became ill not long-after the musical’s initial ballyhoo, and he passed in 1990.

But Webber has said in recent years that he regretted the lost opportunity for Davis to embody “The Music of the Night.”

Addendum: A YouTube video exists of Davis singing “Music of the Night” on the 1988 Jerry Lewis MDA Telethon. (Video has some glitches, but audio seems complete.)

1 thought on “Broadway’s First “Black” Phantom (Of the Opera)”