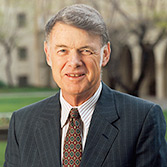 Planetary Society co-founder, Dr. Bruce Murray died from the progressive effects of Alzheimer’s Disease on August 29. He was 81.

Murray was formerly Director of the Jet Propulsion Laboratory in Pasadena, guiding JPL during the Viking landings on Mars, through Voyager’s encounters at Jupiter and Saturn, to the start of Galileo to Jupiter and Magellan to Venus.

Together with Carl Sagan, he created an organization designed to demonstrate to politicians that backing planetary exploration would bring them voter support. Murray and Sagan directed the Society together for 16 years, and after Sagan’s death, and Murray took over as president for another 5 years.

See the Society website for the obituary by Charlene Anderson and Executive Director Emeritus Louis Friedman.