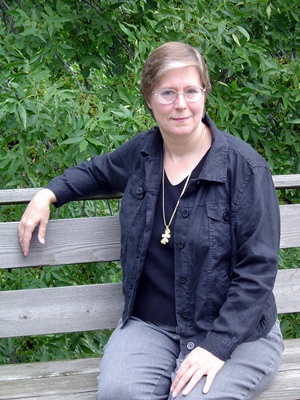 The Department of Rare Books and Special Collections at NIU Libraries has recorded another coup, attracting a donation from Lois McMaster Bujold of her early draft manuscripts, final drafts, proofs, submission copies, foreign editions of books and more.

“This is the most significant acquisition of science fiction and fantasy manuscripts we have made thus far, in terms of critical and award recognition and name recognition,” Thomas said. “Lois’s papers are a key addition to our collections of late 20th century science fiction and fantasy writing, as her work has directly or indirectly influenced a large number of the writers already held in our collections.”

Bujold’s initial gift includes papers for titles such as Cetaganda, Women at War (an anthology co-edited with Roland Green) and Falling Free, the 1988 Nebula Award winner.  Ultimately, NIU expects to receive all of Bujold’s manuscripts.

“The most unique items are certainly my early handwritten first drafts, in pencil on notebook paper,” said Bujold, describing some of the work included in her donation. “I suppose the earliest manuscripts are of the most sentimental value to me, as I was learning to become a writer by doing.”

Thomas spent eight years corresponding with Bujold and working to obtain the collection for NIU Libraries.