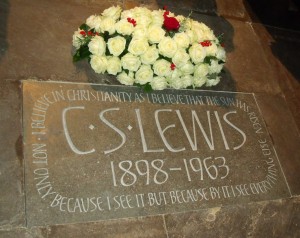 C. S. Lewis’ memorial stone in Poets’ Corner at Westminster Abbey was dedicated today, November 22, on the fiftieth anniversary of his death.

Over one hundred poets, novelists, dramatists, actors and musicians are buried or commemorated in the Abbey. Geoffrey Chaucer was the first poet buried there, in 1400. Other honorees include Shakespeare, Wordsworth, the Brontë sisters, and Jane Austen.

About 1,000 guests from around the world attended the service to unveil the stone. Eddie Olliffe gave this account on his blog.

As the memorial was dedicated, there was a reading from The Last Battle: ‘Now at last they were beginning Chapter One of the Great Story which no-one on earth has read: which goes on forever: in which every chapter is better than the one before. The draw for many in this audience was the past Archbishop of Canterbury, Rowan Williams, and an authority on the Narnia books who gave a short but erudite address. He wisely left Narnia well alone, concentrating instead on Lewis’s science fiction trilogy. Lord Williams of Oystermouth homed in on how Lewis deplored the misuse of language; how he saw it is used to hide from ourselves and to hide from reality. Our questions fall away; we have nothing to say because we have too much to say. Rowan noted Lewis’s aversion to the King James Bible which he saw as getting in the way of our understanding. Instead Lewis preferred Moffatt and J B Philips to ‘hear’ the freshness of the words.

Douglas Gresham, the son of Lewis’s wife Joy, also spoke at the service, which was the culmination of a conference at the abbey about the impact of the author’s work. 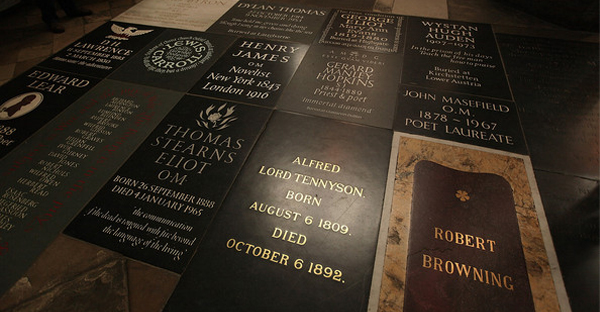