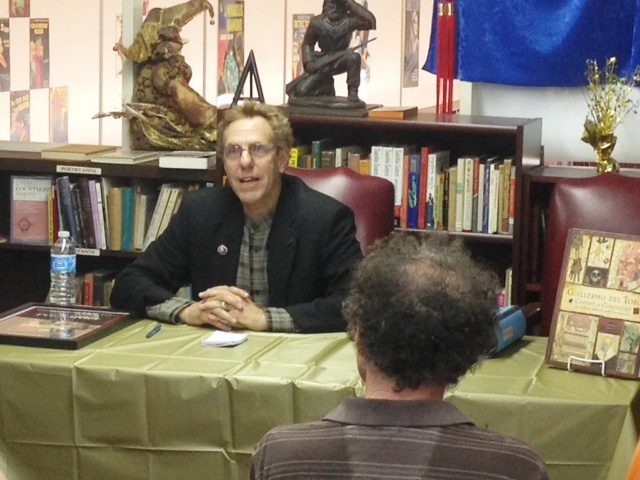 By John King Tarpinian: Today Marc Scott Zicree gave a lovely talk at Mystery and Imagination in Glendale, CA and signed copies of the book he wrote about Guillermo del Toro’s collection of “stuff”, Cabinet of Curiosities. I cannot do justice to a review of this book. I should add that Guillermo is in Canada working two projects back-to-back but he sent down customer signed bookplates for anybody who bought the book, copies are still available with both Marc’s signature and Guillermo’s bookplate.

Guillermo needs no introductions but a little background on Marc might be helpful.  Marc is best known for the definitive book on the Twilight Zone, The Twilight Zone Companion.  He has written for such shows as Star Trek, TNG, Deep Space Nine, The New Twilight Zone, Babylon 5, and Sliders, among others. As you can see he’s done a thing or two on his own. Marc is currently producing/writing/directing for his current project, Space Command.