aka Her Majesty’s Secret Puppy

And once again, SJWs have obediently responded to his call. Mr. Hauman’s actions strike me as a very good way to encourage publishers to stop participating in future Hugo Packets. I mean, why should we do so if it’s only going to provide the SJWs in science fiction with another means of attack? Mr. Hauman has demonstrated how the Hugo Packet can be destroyed in a single year; what publisher is going to even be willing to include excerpts when inclusion in the Packet means several hundred one-star reviews on Amazon within weeks?

Alas, I am too busy today to comb through Amazon to downvote and report graffiti being left on my sale goods by malign Morlocks. I ask any reader impatient for my next work to be published to alleviate my workload by shouldering this task, please.

I ask any undecided onlooker who has noticed the kerfuffle to observe whether anyone on the Sad Puppies side of things has called for posting false and defamatory reviews of rival works, or attempting to blacklist or undermine the income of fellow authors?

How enlightened of the other side to paint us all with the same brush. How inclusive they are to try to construct a dialog — oh, wait. They haven’t. They don’t want to sully their reputations or whatever by trying to even listen to what we have to say or what our concerns are. They are too busy trying to shore up the bulwarks around their holy bastion of the Hugo. And, as they do, they completely prove our point that the Hugos are no longer an award of the fans but of a few self-appointed FANS. Hell, we’ve even been “schooled” by a Wolheim for not knowing our history of WorldCon or of the Hugos. Well, we do know the histories. We just don’t buy into the revisionist histories they have constructed.

Is controversy around the Hugos new to the Sad Puppy movement? Not only no but hell no. But to have folks who claim they represent the ideals of inclusivity to be doing their best to ruin careers through their personal attacks and through negative reviews based not on the quality of the work but the politics of the author takes it to a new low. What they don’t understand is that all they are doing is playing for a very small crowd. Those looking at the controversy from the outside aren’t impressed by their tactics. They are asking themselves when they last read a Hugo winner and enjoyed it. Instead of trying to keep the unwashed masses out, perhaps these authors and editors ought to be asking themselves why they have lost the faith of the readers. They should ask themselves if they would be able to make it as an indie author if they suddenly found themselves without a publisher to push their work. But that might take a bit of introspection they aren’t prepared to do, much less accept.

So, once again, I will repeat what I’ve said — what every other supporter of Sad Puppies has said. Read the material in the Hugo packet and vote based on the quality of the work (which will be more difficult than it should be in some cases because certain publishers pasted huge watermarks on each page and/or only included a sample of the nominated work. Once again proving that certain big publishers don’t trust readers, not even WorldCon members and think we are all pirates).

The more important reason for authors not to withdraw is that withdrawing gives the anti-puppies (APs) this peculiar notion that they can use social pressure (shaming) to get authors to do things their way, up to and including refusing a major honor in the field. Note very well: I am not suggesting that either Kloos or Bellet withdrew because of social pressure. I take their explanations at face value. What I’m suggesting is that a certain nontrivial number of APs may assume it, and may further assume that social pressure is a tactic that can win, going forward. I’m already hearing that the 2015 Hugos need to be “asterisked;” that is, marked as disreputable, dishonest, and something that no upright fan or author will have anything to do with. The message is pretty clear: Any Puppy nominee who keeps their place on the ballot is to be shamed and shunned.

Now we can get down to business. The first of my two points today is this: Shaming is bullying. Shaming is about fear. Shaming is thug tactics. I’ll tell you what I hear when I hear people talking about shaming authors: “Nice little career you’re starting up here. Shame if anything happened to it.” Or, another interpretation that’s pretty much the same thing: “Stay on the ballot, and you’ll never work in this town again.”

In other words, we’re supposed to use mafia persuasion to get authors to refuse nominations that just might have been influenced by slatemakers like the Sad Puppies. (What if the works are just really good?) That’s bad enough. However, if you think about it a little more, you come to my second point for today’s entry: Shaming only works on people who value the esteem of the shamer.

So, is all this talk about traditional SF versus the new diversity just smoke and mirrors? Is the real issue here about a small publisher versus the large publishing houses? It’s hard to separate the right wing content from the publisher, which puts Beale at a disadvantage in today’s market. Because of the current social climate, I don’t personally think he would prevail in getting any stories on the ballot even in a perfectly free market. Still, I have to admire his mouse with a sword attitude.

How do you feel about the Nebula nomination?

A: I’m honored and overjoyed. As a science fiction fan, the Nebula Award and the Hugo Award mean a lot to me. If I had to choose between the Nobel Prize in literature and the Nebula/Hugo awards, I would choose the latter without hesitation—though I’m not so arrogant as to think I could win the Nobel Prize. But the ultimate goal of my writing has always been delighting readers, not winning awards. For me, the most valuable affirmation comes from readers. Thus, the best thing about being nominated for a Nebula is that perhaps more people will read my novel, and the award will build more publicity for the two sequels in English.

John Snead on Synchronicity swirls and other foolishness

Yesterday, I finished reading Three-Body Problem by Cixin Liu, a well done and interesting SF novel written by one of China’s premier SF novelists and translated in the English. I’ve looked at the covers of recent Chinese SF magazine (but not knowing Chinese, have only been able to read a handful of stories which have been translated). The covers remind me of tech focused US SF magazines from the 50s & 60s, but none of the stories have, until I read this book. There are a lot of ways that it’s entirely unlike US SF from that era, but there are also distinct similarities – some of which were clearly deliberate…. My votes for Hugo Award for Best Novel are as follows

There really isn’t much to say. A larger sample than Amanda Greens, 21 pages, but if anything there is even less here. All the hate-spewing at “SJWs” and “GHHs”, plus misogyny, plus a heaping helping of self-congratulation for being fair, open-minded, and helpful to aspiring writers.

“A Single Samurai”, unsurprisingly, tells the story of a lone samurai. He is traveling on the back of a mountain-sized kaiju monster that is demolishing everything in its way, and he intends to kill it.

I love this idea, and it’s a shame Diamond only mentions it and never gives the reader any insight into what it’s like to be on a moving mountain (if we don’t count one earthquake). The milieu feels like any standard fantasy environment, really.

Retrospectively the pilot was good enough to continue watching another fifteen or so episodes.

For this review I’m going to focus on works created in 2014 which include some that I have enjoyed in the past and am happy to highlight why I enjoyed them now that I have a chance to write more formally on the topic.

This comic is delightfully playful and full of Easter eggs and small side details in the frame.

The issue here is not that he refers to himself as a designer rather than an artist or that he admits to using stock imagery. The issue is his work looks like it was made by a designer not an artist and that the images look like a vaguely pleasant arrangement of stock imagery.

I just don’t see the point of this sweeping epic outside of some catharsis and the catharsis isn’t there for me.

Greenwood is obviously an artist of some scope and skill. 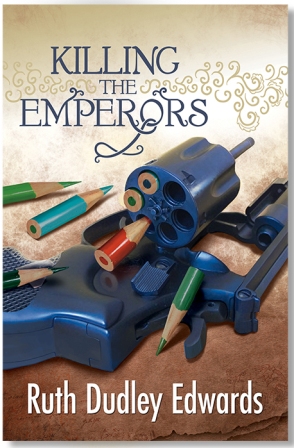 David Langford in a comment on Making Light  – May 22

A voice from the past. While tidying up the look of the TransAtlantic Fan Fund site (now with free ebooks!), I noticed the following prophetic remark in one of Patrick’s and Teresa’s newsletters, TAFFluvia 2 dated August 1985:

What we meant was that TAFF is an institution created for a specific purpose, with its own agenda — promoting greater transatlantic amity between fans — and should not be used as a mechanism for pursuing unrelated issues; no more than, say, the Hugos should be used as an exercise in block-voting by a group with an ideological axe to grind, rather than in recognition of the single outstanding work nominated.

You can't point to one org as the 'head' of some SJW hydra. That's not how 'viral' works. Everyone vulnerable to false logic just falls prey