Dracula begins with her bespectacled character reading aloud a Transylvanian tourist brochure to the other passengers bouncing along in a horse-drawn coach taking Renfield to Dracula’s castle. “Among the rugged peaks that crown down upon the Borgo Pass are found crumbling castles of a bygone age….”

She was a niece of Carl Laemmle, who co-founded Universal, and a cousin of Carl Jr. who ran Universal during its monster movie-making heyday until financial trouble forced the Laemmle family to sell its interest in 1936. 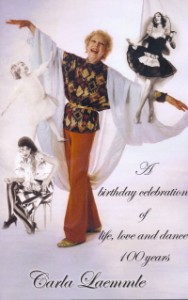 She was briefly married during WWII — a marriage annulled after three weeks because her spouse already had another wife. She also had a relationship for many years with Ray Cannon, a writer and director at Universal, who wrote the play “Her Majesty the Prince” which she starred in at the Hollywood Music Box in 1936.

(Incidentally, my attempt to add information from Tarpinian’s 100th birthday post to Wikipedia’s article about Laemmle set off a row that eventually resulted File 770 being classified as a source of information that may be cited in articles.) 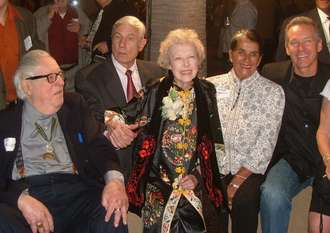