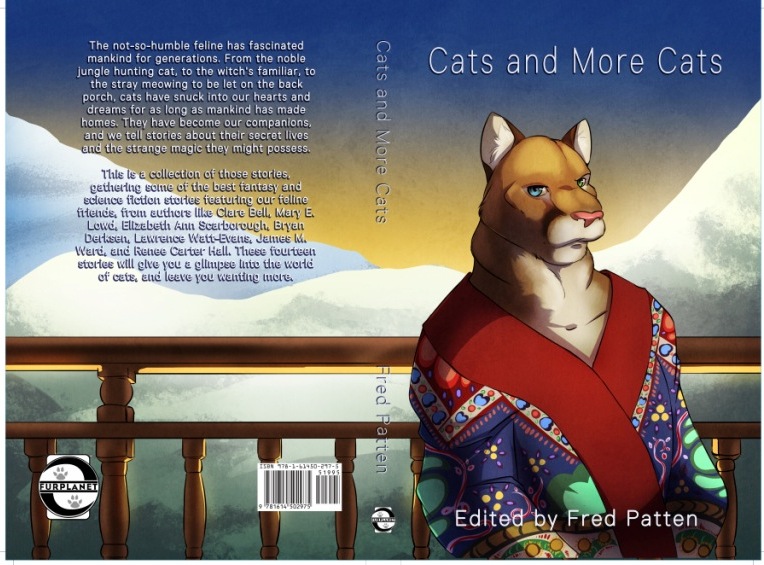 Cats and More Cats is a reprint anthology containing 14 short stories and novelettes of feline fantasy fiction (“the best of the best”) from 1989 to the present, plus a new essay, and an extensive bibliography of cat fantasy books. Price:  $19.95.  261 pages. Wraparound cover by Donryu.

The book can be pre-ordered online from FurPlanet Productions, or purchased from the publisher’s online store after the con.