Hampus Eckerman shares a wide-awake cat in front of a wide variety of paperbacks:

Here’s Vlad, not sleeping and about 10 seconds from wrecking havoc among the SF-books I’m trying to pack for my Australia trip. Among 5-6 ended up on the floor and the dreaded toothbrush nemesis was defeated once again. 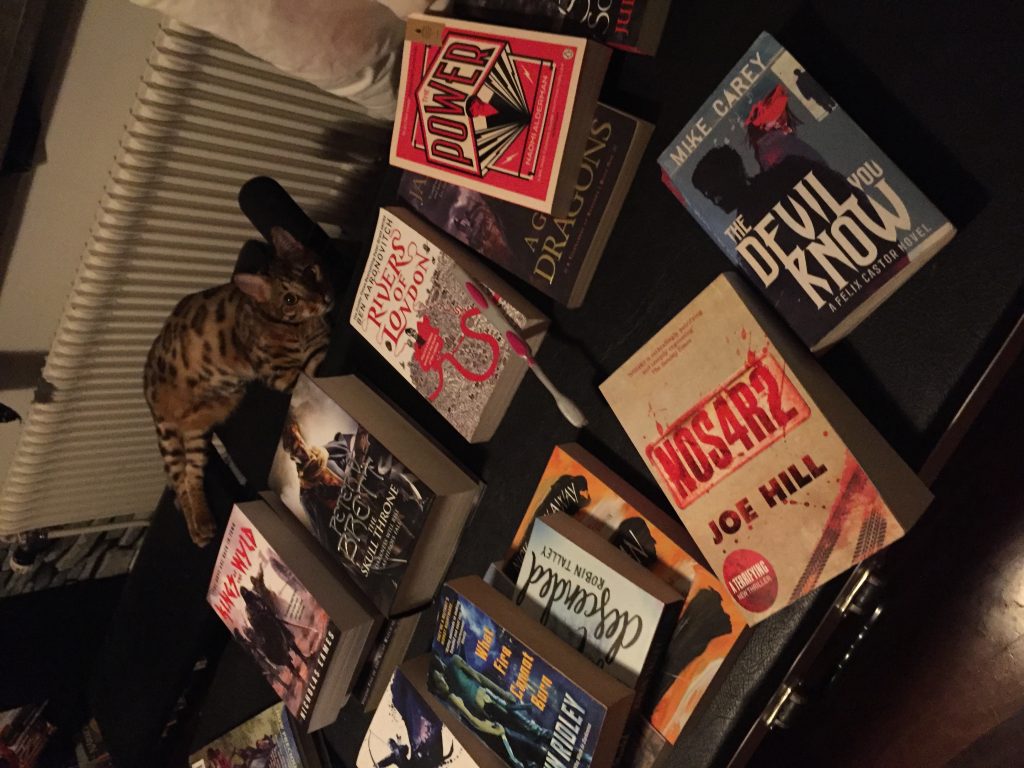 30 thoughts on “Cats Sleep on SFF: Rivers of London”