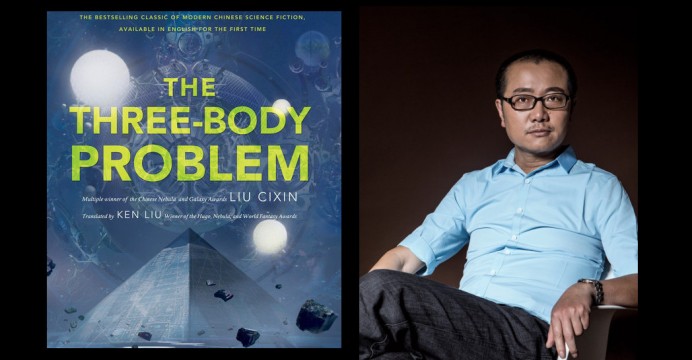 Cixin Liu, whose book The Three-Body Problem is nominated for both the Nebula and the Hugo, will be coming from China to meet with fans and participate in SFWA’s Nebula Weekend June 4-7.

He will be one of the authors at SFWA’s Mass Signing on June 5. The event is open to the public from 8:00 pm-9:30 at the Palmer House Hilton (17 E Monroe St., Chicago) in the 4th floor Exhibit Hall. People are invited to bring their own books or purchase books on site.