Astrophysicist Neil deGrasse Tyson will accept The Planetary Society’s Cosmos Award for Outstanding Public Presentation of Science in Pasadena, California on October 24. Nichelle Nichols, Lieutenant Uhura in the original Star Trek series, will present Tyson with the award during the Society’s 35th Anniversary event, More to Explore: A Space Celebration with Bill Nye.

Jennifer Vaughn of The Planetary Society details the reasons for the award.

Neil, director of New York City’s Hayden Planetarium and board member for the Society for the past 19 years, recently hosted the much acclaimed Cosmos: A SpaceTime Odyssey television series, a re-envisioning and tribute to Carl Sagan’s original Cosmos series. His lifelong passion for science, space exploration, and the quest to understand the universe’s far-flung mysteries fuels his prolific career as a popularizer of science. What makes this particular award presentation truly remarkable for all of us is as a 17-year old Neil was deciding where to pursue his education in space sciences, Carl, our co-founder, personally reached out to Neil to help set him on his path. 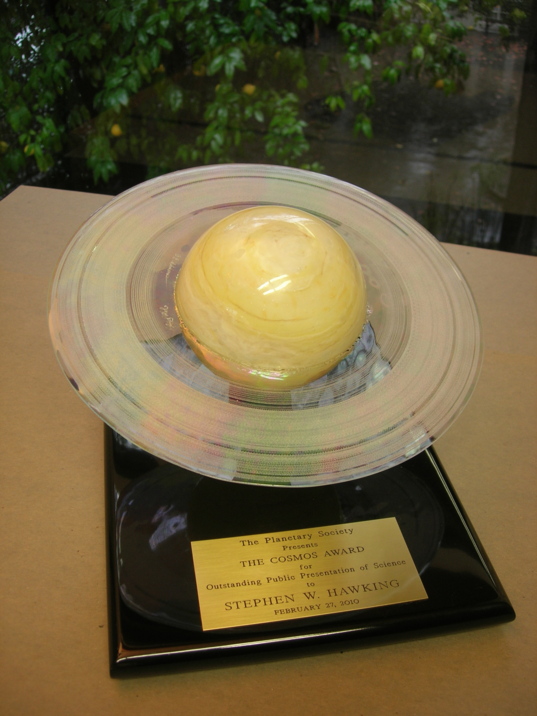