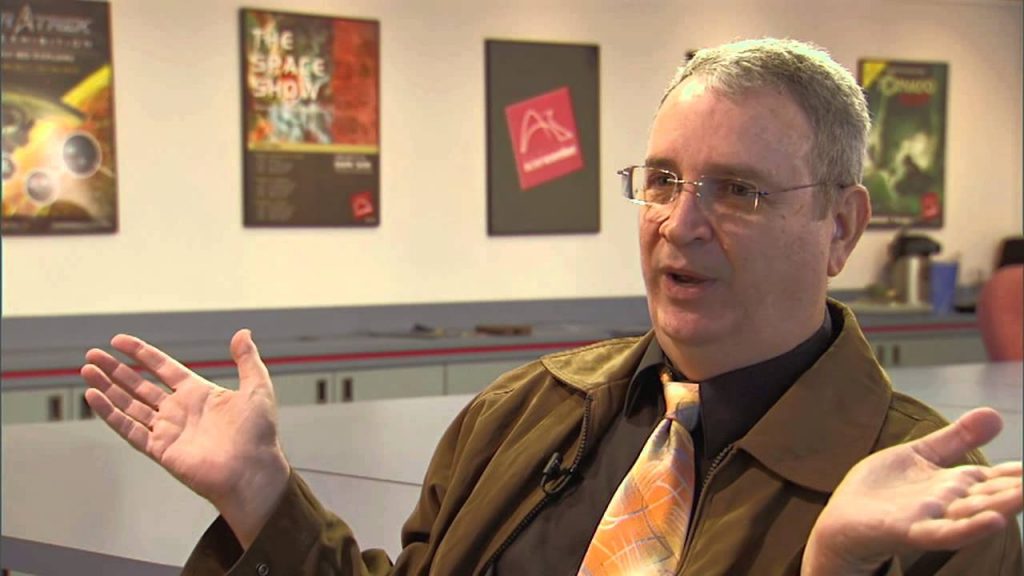 By Carl Slaughter: David Gerrold is swimming in novels and has been cranking out more than a few short stories for Asimov’s, Analog, FSF, and other magazines. On a personal note, his adopted son, the inspiration for the Martian Child story and screen adaptation, recently got married and Gerrold is the proudest father on the planet.

CARL SLAUGHTER: Why return to the Chtorr universe after such a long lapse?

DAVID GERROLD: I never left the Chtorr universe. I’ve been adding to it continually. Books five and six and pieces of seven have been growing for years. Book five is essentially done. I’m editing it now. I’m rearranging some chapters and adding a key scene at the end. Book six is mostly done, but needs some deeper editing.

CS: How many Chtorr books will there be?

DG: At least seven. Maybe eight. Or nine. Until the story is done.

CS: What are the release dates?

DG: TBD after I turn in the final drafts.

CS: What’s happened so far in the series, what will happen as it progresses, and, without spoilers, how will it be resolved?

DG: In the words of River Song, “Spoilers!” The short version: The Earth got invaded by an alien ecology. A lot of stuff happened, then shit got real. One of the reasons why the long lapse between the previous four books and the next three — the big payoffs come in books five, six, and seven.

CS: Will be see art work for any of the pending novels any time soon?

DG: Not until an artist is assigned. And that won’t happen until the books are turned in. Although … I’ll give you this hint. I am having discussions about a graphic novel series.

CS: Why make the main character a soldier rather than a scientist?

DG: Jim isn’t a a soldier. He’s a scientist who got drafted. He’s been trying to be a scientist throughout — but it’s like studying a volcano. If you get too close, you die. So being a soldier is part of the job.

CS: How do scientists factor into the plot?

DG: Somebody has to ‘splain it all. Murray the Explainer died in the plagues. From my perspective, the science is the most interesting part, but a good story also needs some action between the explanations. And maybe a love story too.

CS: What short fiction have you done lately?

DG: I’ve sold “Bubble And Squeak” (a collaboration with Ctein) to Asimov’s. And I’ve got “Endless City” coming up in Analog sometime soon. Before that, I had a run of short stories placed in The Magazine of Fantasy & Science Fiction, including “The White Piano,” “The Further Adventures of Mister Costello,” and “The Dunsmuir Horror.” Plus, I’ve placed a slew of shorter stories in various anthologies: “The Schwarzchild Radius,” “The Trouble With Hairy,” “The Great Milo,” (in Amazing) and “A Brief Explanation Of How Budapest Became The Taco Capital Of The World” in Altered States.

CS: What short fiction is on the horizon?

DG: Well, as mentioned above, “Bubble And Squeak” should be showing up in Asimov’s soon, and “Endless City” in Analog. But there’s nothing else in the pipeline that’s ready. I’ve got three stories that I need to finish, but they’re already at novella length and are threatening to turn into novels. I also have the first draft of a Young Adult sequel to the Jumping Off The Planet trilogy. That’s a novel.

CS: Why the need for fund raising?

DG: I’ve made and spent three fortunes. I intend to make and spend at least three more. I’ve spent most of it raising my son, and I don’t regret a penny. My son is my hero. He’s the best thing that ever happened in my life and it makes me proud to see how well he’s doing. It was money well-spent. Myself, I’ve been in a writing spurt — or surge for a long time. A writing torrent? This last few years, I’ve been turning out enough short fiction to cover all the bills and even put a bit aside. But novels (and other responsibilities) take up a lot of time. I’ve got three big-ticket projects working, each of which require a lot of working time without the usual on-time payday. (I may or may not announce progress on these, but only if there’s something significant to report.) So when several big checks did not arrive as expected, I started an online book sale as a GoFundMe project.

CS: How is the campaign going?

DG: We sold a few thousand dollars worth of ebooks in a very short time. In terms of value received, the people who donate are getting a bargain. I’ll probably let the book sale go on as long as people want to buy books. I’ve already earmarked some of the funds for Hurricane Harvey relief. I believe in paying it forward.

DG: I used to be resistant to the idea of beta-readers, but when Ctein and I worked on “Bubble And Squeak” we found that we needed a lot of technical information from people who were experts in their field. It helped a lot. So I’m always open to the idea.

CS: What happens after you wrap Chtorr?

DG: Do you know how much bubble wrap and duct tape you need to wrap a Chtorr? Not sure I’m ever gonna get this bastard to the post office. Ask me again after I’ve wrapped and shipped it

CS: Your book Martian Child and the screen adaptation of the same name were based on your experience as a parent of an adopted child. How did parenting turn out for you?

DG: Parenting is probably the single greatest adventure any human being can undertake. You’re given custody of another life and your job is to provide a safe place for the growth and development of a healthy human being. It’s not ownership, it’s something else — we don’t have a word for it, but it’s a relationship of nurturing, cherishing, supporting, listening, and simply being an emotional safety net. And you learn it the hard way — by making it up as you go. But specifically, all I needed to know about Sean the day I met him was that he had a big heart — he proved that in the first five minutes. I won’t say that he was an easy child to raise — but he turned into a terrific adult, dependable, generous, and intelligent. He’s got street-smarts too. He married a wonderful young woman in December of 2016. He saved up for the wedding and for a terrific honeymoon in London and Paris, and they both came home sparkling. I have never seen him so happy in his entire life. Now, he’s making plans for the next part of their lives together and he’s working hard to turn those plans into reality. I couldn’t be prouder of him. Now, yes — if I hadn’t adopted Sean, I probably could have written another dozen books, but they wouldn’t have been as good, and I wouldn’t have learned how to be a better person. I learned as much from Sean as he learned from me. 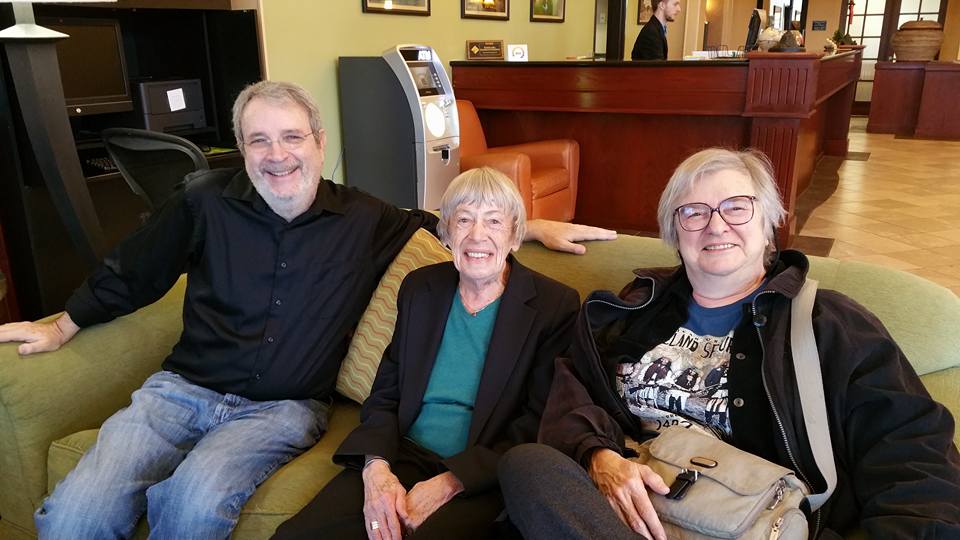 9 thoughts on “David Gerrold’s Martian Child Grows Up, While the Chtorr Universe Expands”