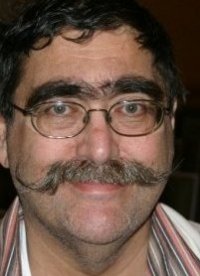 Past president of Lunarians and 2002 Lunacon chair Dominick Corrado has passed away report club members.

Details of his death have yet to be published, however, Dennis McCunney notes Corrado had a history of heart trouble, previously had a bypass operation, and spent part of the last Lunacon in a wheelchair.

He became an active fan in the late 1960s. He came to his first Lunacon in 1989 as chaperone to the Bronx Science Contingent. He joined Lunarians in 1998 and has served as the club’s Treasurer and President.

Corrado was the 2010 Lunacon’s Fan Guest of Honor.