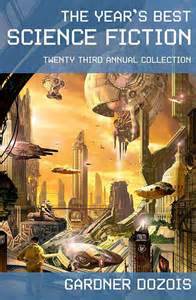 Gardner Dozois is downsizing and selling his book collection on Craigslist.