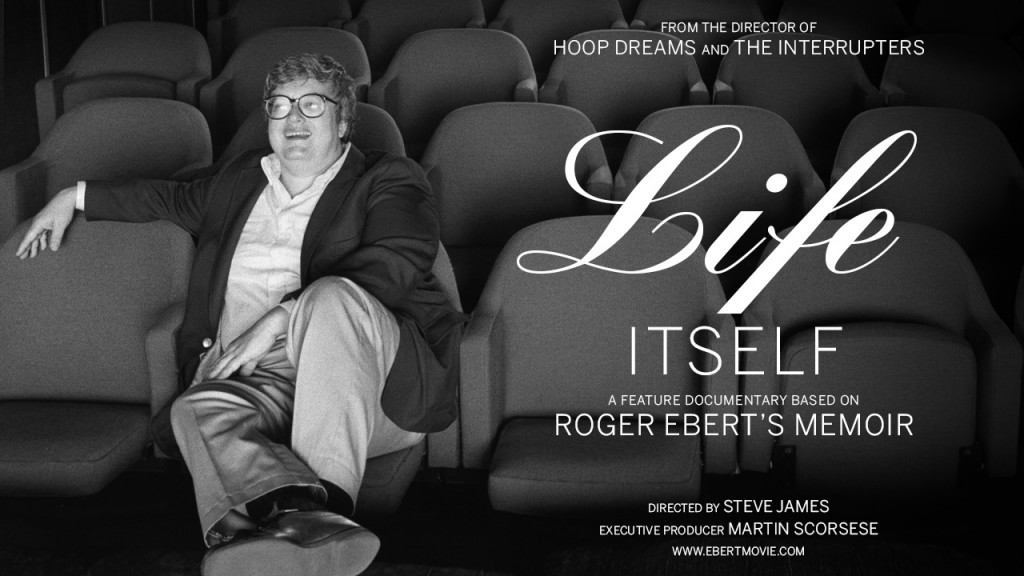 Life Itself, a movie about film critic Roger Ebert, premiered at the 2014 Sundance Film Festival and will be released in theaters July 4.

Work began on the documentary while Ebert was still alive. Its $1 million budget was supplemented with $150,000 raised via crowdfunding.

Many of his admirers in the film industry speak about him on camera:

Life Itself shows Ebert’s development as a film critic, the iconic rivalry with Gene Siskel that made both household names, and his courageous persistence as a writer while suffering major health problems, including cancer surgery that rendered him incapable of speech.

There are no hints in the prerelease publicity that the film mentions Ebert’s background as a science fiction fan, let alone the names of any of his old friends in fanzine fandom. Perhaps we’ll be pleasantly surprised.