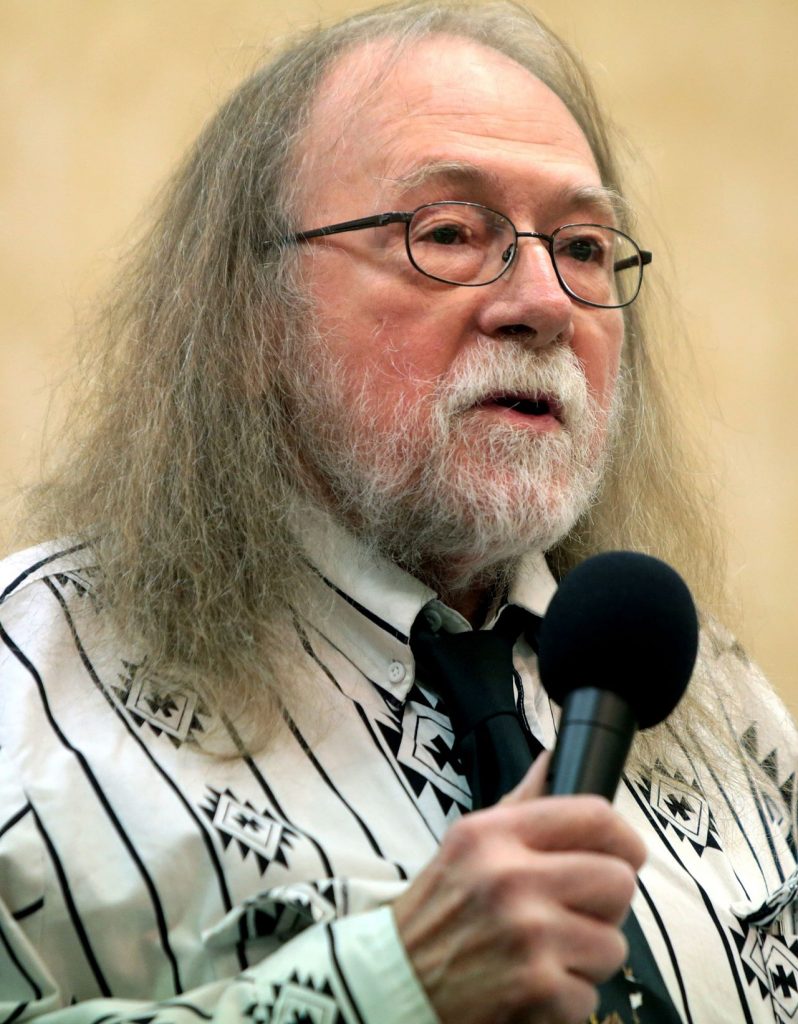 Science Fiction author Ed Bryant, who died in his sleep after a long illness, was found February 10 reports Locus Online.

Bryant discovered science fiction at the golden age of 12 when he purchased the August 1957 issue of Amazing Stories. A decade later, he made his way to the very first Clarion Workshop in 1968, where he sold a story to Harlan Ellison’s Again, Dangerous Visions that became his first professional publication.

John Clute’s entry about Bryant in the Science Fiction Encyclopedia captures one of the reasons for the author’s meteoric ascent in Seventies sf.

His conversational, apparently casual style sometimes conceals the tight construction and density of his best work, like “Shark” (in Orbit 12, anth 1973, ed Damon Knight), a complexly told love story whose darker implications are brought to focus in the girl’s decision to have her brain transplanted into a shark’s body, ostensibly as part of a research project; in the story, symbol and surface reality mesh impeccably. The setting for many of the stories in this collection is a California transmuted by sf devices and milieux into an image, sometimes scarifying, sometimes joyful, of the culmination of the American Dream…

Registering an exception to the overall regard for Bryant’s work was Thomas M. Disch, who named him as part of “The Labor Day Group” (1981), a set of young writers whose work stroked fannish sensibilities, and as a result often won Hugo and Nebula awards. This provoked a response from another Disch target, George R.R. Martin, “Literature, Bowling, and the Labor Day Group”, which gave Bryant a deceptively lighthearted defense.

The Colorado resident was a 7-time nominee for SFWA’s Nebula Award, winning twice – “Stone” (1979) and  “giANTS” (1980) – as well as a 3-time nominee for the Hugo, World Fantasy, and Bram Stoker Awards. The International Horror Guild Awards named Bryant a Living Legend in 1997. 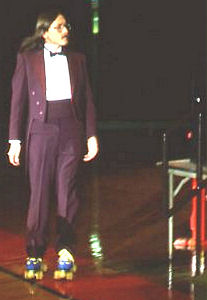 His other professional gigs included writing an annual media coverage essay in the Year’s Best Fantasy and Horror anthology, which he did for over 20 years. He also edited an anthology of original stories and some poems, 2076: The American Tricentennial (1977).

Bryant’s fame did not rest entirely on his writing. He was in great demand as a convention toastmaster, gaining the pinnacle of notoriety by conducting the Denvention Two (1981) Hugo Awards ceremony on roller skates.

Gentle, funny, sensible Ed Bryant is dead. It was a pleasure and an honour to know him. Read his stories, if you can find them, & remember.

Saddened by the passing of Ed Bryant, Wild Cards writer. I'd only met him recently, at WorldCon in Kansas City,… https://t.co/6KiHmN2l2r

Ed Bryant: You wrote about me in @locusmag when I first entered the sf/f field. Those words were a beacon. Much love & thanks. RIP. pic.twitter.com/6jzgtl1XyX

I just found that Ed Bryant died. He started and ran the local workshop I'm part of. He's a big part of why I am the writer I am today.

[Thanks to  Andrew Porter for the story.]