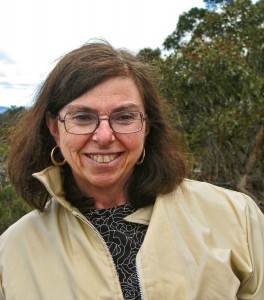 Edie Stern will be Grand Marshal of the Florida Atlanta University Homecoming parade today, November 2 — one of several honors bestowed this week by her alma mater.

Stern received FAU’s Alumni Talon Award in a ceremony on October 30, one of four given Talon Awards for leadership, support and service to the university.

The youngest graduate in school history, she began attending junior college when she was 12 years old, and received a bachelor’s degree in mathematics from FAU at the age of 15 in 1968.

“FAU really took a chance on me. I was young and hadn’t been away from home before for any extended period of time,” she was quoted in an FAU press release. “I made good friends that I’m still in touch with, and learned the blinding beauty that mathematics can be. The education I received at FAU prepared me well for graduate school and for a career in technology. For this I’m very grateful.”

Stern has worked at IBM for more than 40 years, and is a master inventor who has been issued 126 U.S. patents with many more pending. In 2012, she received the American Society of Mechanical Engineers’ Kate Gleason Award for lifetime achievement in the engineering profession.

The local Sun-Sentinel  also has coverage about her award.